Leeds, for a few brief minutes at the end of 1992, looked like their not so old selves again. In name, at least.

Misshapen by losing Mel Sterland for nine months, the defence that brought the title to Leeds was reunited: John Lukic in goal, Tony Dorigo, Chris Whyte, Chris Fairclough and Mel, who had finally recovered from ankle surgery by making two appearances for the reserves.

With him was David Batty, after an eight week absence of his own, his injury contributing to the gloom around Eric Cantona’s sale. 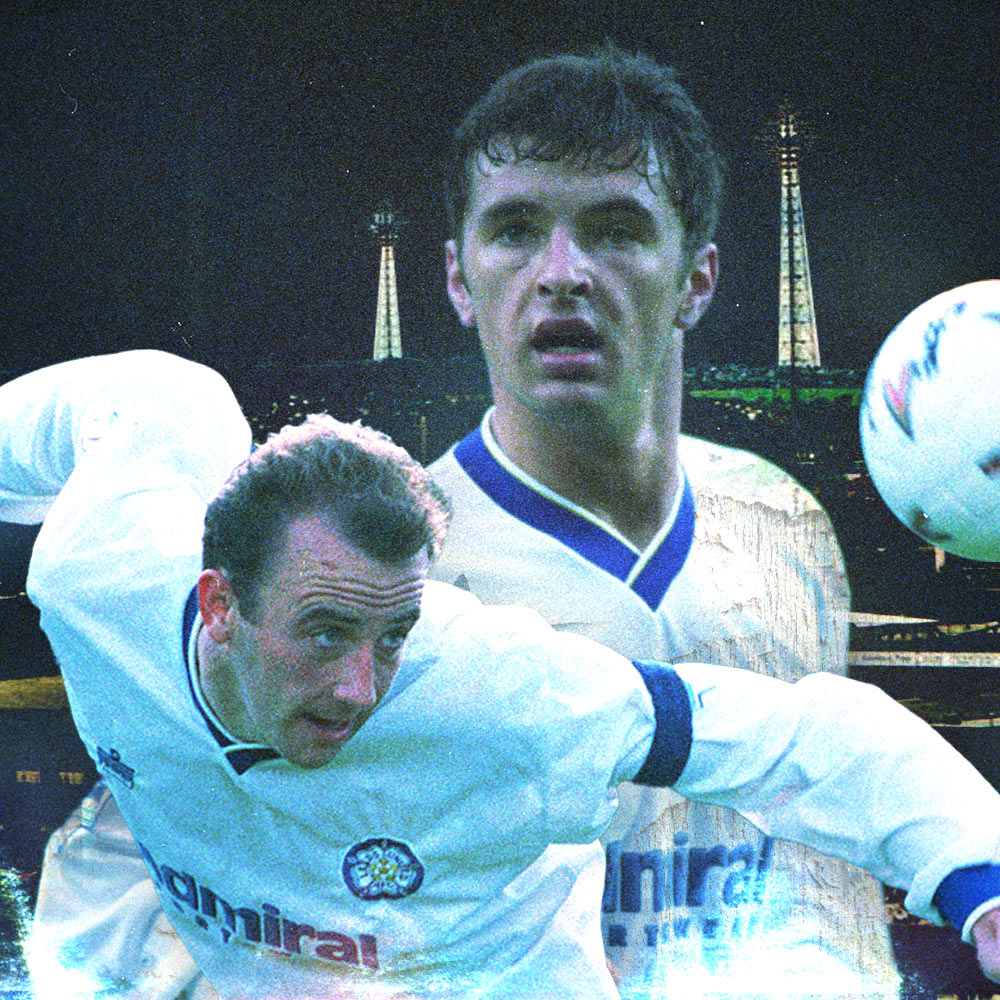 But it was not just like old times at Blackburn on Boxing Day. Their young winger Jason Wilcox exposed Sterland’s lack of match fitness and the offside trap’s lack of effect; he sprinted down the left, while Whyte chased after Alan Shearer in the middle. Wilcox scored the first then set up two for Shearer in a 3-1 defeat for Leeds, whose longing for the old times wasn’t helped by Imre Varadi, the 33-year-old striker making his first start since September 1990.

David Wetherall replaced Whyte, but otherwise the same side managed a more encouraging goalless draw in their next game, at home to Premier League leaders Norwich City. A clean sheet against the division’s top scorers was welcome, although it relied on Mark Bowen blazing a tenth minute penalty wide after Sterland brought down Ruel Fox. Sterland almost won the game late on, his volley going inches wide, but two lucky breaks were more than Leeds could ask for.

Much was made of an FA Cup third round match at home to First Division Charlton as an opportunity to build confidence; it turned out to be Charlton leaving delighted with a 1-1 draw earning a replay at The Valley against a side that hadn’t won away all season. A midweek trip to Italy to play in a bizarre one-night friendly tournament for Eurosport ended with Leeds losing both their 45-minute matches 2-0, to Inter Milan and Fiorentina, and Gordon Strachan fretting that his red card for dissent might mean a Premier League suspension.

“It’s a crunch week for us and it’s vital we finally get it right,” said Gary Speed, who like Batty had cut his hair short as if in recognition of the champions’ serious predicament, down the table in 16th. Next at Elland Road were 17th placed Southampton, then after the cup replay was a trip to 18th placed Everton. “I don’t think there’s much danger of us messing it up,” said Speed. “All the signs are that we’re getting back to our best form, even if results don’t bear that out.”

Speed couldn’t have been more wrong about Southampton’s visit. The experiment with elderly Varadi was concluded; he was replaced by 31-year-old Carl Shutt, making his own first league start for a year. Batty had got himself suspended and was out again, meaning a reshuffle in midfield: Rod Wallace on the right, Strachan to the left, Speed and Gary McAllister in the middle.

“The most disappointing first half since I arrived here,” was Howard Wilkinson’s assessment afterwards. “We were wanting in character and responsibility.” Southampton took the lead inside twenty minutes; a long punt over Sterland’s head met Fairclough’s, and his weak backward header tempted Lukic to the edge of his area, where Matt Le Tissier’s expert touch took him around the sliding ‘keeper. He squared across goal and Kerry Dixon scored into an empty net.

Someone whacked Strachan — “I was simply mugged from behind and I’m still not sure what hit me, except that I suddenly felt this whack on my backside” — and after he was replaced at half-time by David Rocastle, Speed went to his more usual left side and Leeds improved. In five minutes after half-time they forced five corners; Wetherall’s towering flick-on of the fifth was headed at goal by Fairclough, who was claiming the goal before Lee Chapman forced Southampton’s desperate clearance back over the line.

United’s improvement wasn’t dramatic but another McAllister corner, with eighteen minutes left, was decisive. This time Wetherall’s flick-on was cleared, back to McAllister, who met the bouncing ball on the run by nodding it over a defender, racing around him, and cutting it back from the byline, finding Speed for a six-yard finish.

McAllister was into the South Stand, hurdling the hoardings and the empty rows, punching the air as if he’d scored himself. He’d invented the goal and that was just as important. It was the first time Leeds had led a game for almost a month; they held on to win despite what Southampton boss Ian Branfoot called, “Our best performance away from home.”

The celebration also suggested McAllister would be happy to ignore overtures from Paris St Germain and sign a new contract with Leeds. Batty would be available for the next league game, and despite coming off with a groin strain, Sterland was optimistic about continuing his comeback in midweek at The Valley, hoping for Leeds’ first away win since April.

The months out had, “Been sheer hell for me at times,” said Sterland, not only because of the surgery and rehab, but for being unable to help the team’s failing defence of its title. “But since coming back into the side I’ve been amazed at how good the spirit is.

“People talk about a crisis of confidence, but all I’ve found is a bunch of lads all determined to put things right.” ◉