Reading 0-3 Leeds United: Before Anything Else 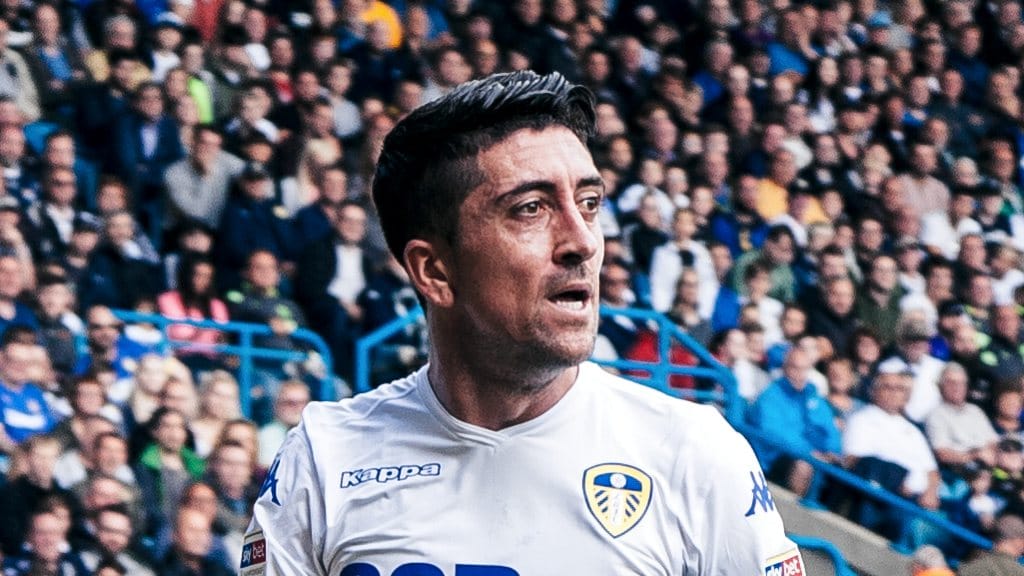 Before this game it was mentioned that, by winning, Leeds United could do the double over Reading for the first time since 1928. That was news to me. News, I mean, that we’d beaten them earlier in the season.

Reading are anonymous to an extent that might be unique if anybody noticed. I’ve few memories of any of United’s games against them since 1928, and had to research the match from earlier in the season. I remember most things that Leeds United do, but this one fell into a Berkshire black hole. Apparently it was a Tuesday night at the end of November and Stuart Dallas scored the only goal on the hour. I supposed I must have been there but I couldn’t remember. Then I read that the game ended with Bailey Peacock-Farrell’s excellent penalty save and was surprised to realise that happened against them.

I can’t remember who their manager is and even when I saw pictures I couldn’t place him. Lewis Baker has a recent association and plays for them now, but Mo Barrow’s presence had slipped from my mind. I recognise Andy Yiadom because Paul Heckingbottom wanted to make him a major signing for Leeds from Barnsley last summer, and some of the substitutes sounded familiar. The players on the pitch, though? No idea.

It wasn’t just the irrelevance of the opponent but their fate in the fixture list that put this game at the back of our thoughts before it even kicked off. It began with a certain amount of tension; all Leeds United games do, especially this season, now they suddenly matter. But that’s nothing compared to the tension already winding our souls ahead of Saturday lunchtime’s game at home to Sheffield United. That’s the match; that’s the one that matters. Leeds United at Reading could settle nothing, decide nothing, influence little; even if Leeds lost, few would remember this game as a nail in their promotion coffin, because it would need Sheffield United to give the eulogy and deliver us to dust. Draw or win and the only effect would be dictating the terms before duelling with the Blades. Reading versus Leeds United was destined to be forgotten, reduced on the end of season DVD to however many seconds the goals required, or not.

Thank you, then, to Reading’s manager, whoever he is, and their players, whoever they are, for ensuring Leeds United’s smooth path back to West Yorkshire by conceding the game well before half-time. The biggest risk to Leeds United in the opening ten minutes was, as is historically fitting, Leeds United, as when Mateusz Klich faked a reprise of last season’s mistake at Cardiff City that made Thomas Christiansen hate him forever.

Two minutes later Klich quieted the ghost and what passed for the Madejski Stadium’s crowd, with help. Tyler Roberts tapped a ball through for Luke Ayling to chase; one of Reading’s few identifiable players, Barrow, slipped rather than tackled; Ayling squared the ball across goal. Patrick Bamford ran across the ball’s path but never looked interested in touching it, freezing Reading’s defence with an ice-cold dummy. Klich, for whom all this was done, arrived behind Bamford and stroked the ball into the net.

This was in keeping with Leeds United lately, swapping nerves for early and decisive leads. I’m sure Marcelo Bielsa has been aware for a while of his players’ record of winning when they score first, and lately he’s got them believing in it as a tactic.

One of Reading’s somebodies had a shot at Kiko Casilla, but it didn’t disturb United’s serene progress. Ten minutes after passing through Bamford so Klich could score, Ayling passed through what should have been Reading’s defence so Pablo Hernandez could score. First Hernandez had to spin on point and shoot off the post, but those weren’t problems, and with a two goal lead after just twenty minutes, Leeds had no problems.

What they had instead was space and time to do what they liked around the edge of Reading’s penalty area. I don’t know what else Bielsa might have planned apart from taking an early lead, but Reading’s disappearance took all the difficulty out of United’s play. They just had to get the ball to the eighteen yard line, where instead of finding a rat-king of defenders like against Bolton Wanderers or QPR, they searched in vain for someone who might stop them taking a shot. None of Reading’s players seemed interested; Reading’s fans, wearing squad number thirteen on the teamsheets, had learned from the Birmingham derby that their place was in the stands. Klich had a shot, Bamford had a shot, and Leeds seemed on the verge of inviting Casilla up from the back to see if he fancied a shot.

Circus tricks were never necessary, and Leeds looked a bit confused by their easy dominance. Reading were allowed to have the ball for a while, United slipping into the sort of sloppy play that Sheffield United would punish. It was absolutely fine here, though, because they were only playing Reading, who were refusing to come back into the game, and Hernandez put a stop to everything just before half-time. Bamford passed across the open field to Hernandez, who didn’t even bother with backlift, hitting the top corner with a slow rocket crafted from balsa wood, powered by burning knitting.

Law 7 of the IFAB Laws of the Game says that: ‘A match lasts for two equal halves of 45 minutes which may only be reduced if agreed between the referee and the two teams before the start of the match and is in accordance with competition rules.’ As a result something resembling a second half had to be put on, like when your mum insists you have to play with the boring kid from down the street to teach you a lesson in kindness.

Reading weren’t kind to Leeds, trying to whip a foul by Ayling up into something worth a second yellow card. To continue the analogy above, this would be the moment when even your lovely mother realises why nobody will play with this suffocating little arsehole brat. Ayling was substituted before anything in this game, like a red card and suspension, could have any bearing on the Sheffield United match.

Pat Bamford, on the other hand, being well brought up and somewhat hapless, was much more generous to Reading. He could have made the final score 6-0 on his own, but declined to lift United’s total above three. First, when slotted through down the right, he shot so hard and straight across the six yard box that the ball went out for a throw-in. Then, after substitute Jamie Shackleton helped Ezgjan Alioski to the byline, Bamford scuffed the cutback rather than burying a shot into the goal; Hernandez tried to take the chance on his behalf but shot wide. Finally Shackleton cut out Alioski and sent Bamford one on one with the keeper, whoever he was; Bamford reached the pass, shot first time with his preferred foot, and the ball rolled straight and steady and just wide. Oh well.

Reading had a couple of efforts on Casilla’s goal but I’ve already forgotten the details. Hernandez had a late chance to score a hat-trick but half-volleyed over the bar from close range, as if knowing better than to place a headline above this game and draw unnecessary attention to it. Hernandez played one of his best games by striding into and occupying the absences created by Reading’s irrelevance, but he didn’t overdo it with a third goal or ostentatious skills. His play was as efficient as his finishing, quick cracks of just the right effort, putting no more in and expecting to get no more out than exactly what was required.

It was as if Hernandez knew this game would be forgotten, not scrutinised on highlights programmes, never publicly analysed for its lessons in technique; the video will be filed in Bielsa’s infinite library and perhaps never watched again. A grand performance here would have been lost to history; a very good one satisfied every need.

How this game will satisfy our season is not a question it can answer by itself. It’s already the match we played before whatever happens against Sheffield United happens. Winning was good, but on its own, it was meaningless. In a way, Leeds will still be playing this match on Saturday lunchtime, striving to give it some reason for happening. Let’s hope they get the same result again. ◉