He didn’t see it that way. Before Leeds visited him at St James’ Park in February 1998, he was asked if he still had friends at his old club.

“Well yeah, I have,” he said. “But to be fair a lot of them have left. It’s like a different club now, it’s definitely a different team and management. They’ve got Rod Wallace and Dave Wetherall and Gary Kelly, and that’s about it.” 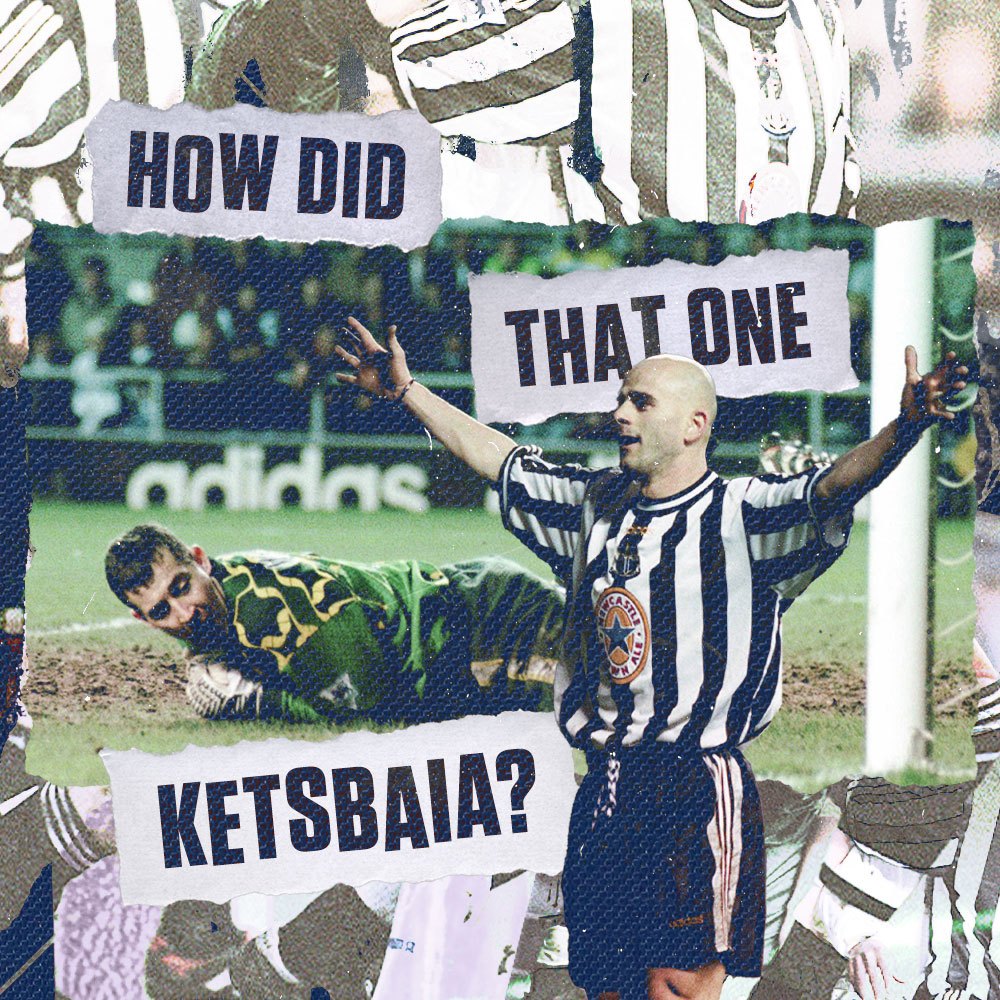 As if to underline his lack of affection for the new look Leeds, Batty started the match by tackling Harry Kewell with such force it left the teenage winger struggling to stand, blood flowing from his mouth where either Batty’s head or forearm — replays suggested both — had cut him. Batty was unruffled, and bemused that Jimmy Hasselbaink wanted to fight him about it, Bruno Ribeiro holding him back.

If Batty wanted friends he had them, on his team. Kenny Dalglish had just bought Gary Speed from Everton, where he’d been unable to rediscover the sense of purpose lost after winning the First Division with Leeds and Batty in 1992.

The title had come, Speed said, through hard work joined to the skills of Gordon Strachan and Gary McAllister, but after that, “We all got it into our heads that we were so good we didn’t need to work that hard anymore, and as soon as we lost that, we were ordinary … I had an attitude problem, and needed to leave to put it right.”

Goodison Park was not a new horizon for Speed but a cul-de-sac, and the match with Leeds was only the third of his second new start. He began by fluffing a big chance to open the scoring, miskicking Andreas Andersson’s cutback with only Nigel Martyn to beat. Dalglish’s game plan kept Speed on the fringes while Newcastle ganged up on Leeds’ left-back, Gunnar Halle; Speed was to drift in from the left, making attacking runs from deep and looking for second balls Andersson and Alan Shearer might miss. He had a bit of the new boy about him, getting used to a new team.

Batty, automatically comfortable anywhere, had plenty of experience of playing for Newcastle and for Dalglish, and knew exactly what he was doing. He set about the midfield the way he’d set about Harry Kewell’s face. Working across the pitch, his passing was impeccable, his prompting integral. He urged his teammates to get ahead of him then, with the ball drawn magnetically to his feet, dictated attacks this side then that side, playing one-twos and through balls, collecting clearances, setting the tempo, fully in command.

Ribeiro, a 22-year-old newcomer to the Premier League, tried taking Batty on. At one point his statistics were put on the screen for Sky’s viewers: four tackles attempted — all on Batty — none won, four fouls given. Alfie Haaland chose a wiser path of leaving Batty alone, occupying himself elsewhere. Hasselbaink, as if protective of Kewell, was Batty’s main opponent in conversation at least, maintaining a finger-wagging commentary on the midfielder, eventually followed up with a late tackle that felled Batty early in the second half. Play resumed and brought them together again a minute later: Batty gently volleyed the ball over Hasselbaink to a teammate and, as Jimmy ran past him, just as gently tripped him over while nobody was looking.

Hasselbaink sat down on the grass and, with philosophical resignation, pulled his socks up. He’d been speaking about the physical side of the Premier League before the game. “I quickly realised that everybody is really tough in England. I played against Mr Elliott of Leicester and I knew I was going to have to become a lot harder physically.” He might also need to stop calling opposing defenders like Matt Elliott ‘Mister’.

In the same interview he described Alan Shearer as his role model, and Hasselbaink was being given a hands-on education every time Leeds won a corner. “We should have had three or four penalties,” Leeds’ manager George Graham announced after the game. “Shearer assaulted Jimmy every time we had a corner. It was embarrassing.”

Graham wasn’t happy overall, despite Leeds capitalising to score in a much improved second half performance. Perhaps Newcastle were becoming distracted by their efforts to impose themselves; Shearer audibly mocked Halle for the shouting in pain after one of his challenges, then Batty went in high on him, earning a booking with ten minutes to go. Straight after, Leeds attacked them down the left, Hasselbaink drifting wide then surging to the byline and clipping a low cross into the penalty area. It was deftly finished by Rod Wallace, switching feet in mid-air and hitting an expert volley into the bottom corner.

For the thirteenth time that season Graham had to enjoy a Wallace goal through gritted teeth. He was having an excellent season. With Kewell on the wing, Wallace was flourishing as consistent partner to Hasselbaink, their complementary movements creating gaps for the other to exploit. He was also refusing to sign a new contract, knowing that the Bosman ruling would secure big wages at another club.

“He’s asking for an enormous salary that’s out of our league,” said Graham. “He’s playing well, he’s playing for his future. His financial future. The irony is that it’s not so long ago that Leeds couldn’t sell Rod to anybody.”

The other irony, that didn’t seem to occur to Graham during his frequent suggestions to the press that Wallace was playing well to profit from moving away, was his own year-long ban for profiting from ‘unsolicited gifts’ as part of transfers at Arsenal.

Graham couldn’t even soothe himself with three points. Apart from being reunited with Batty, part of Leeds playing Blackburn or Newcastle in the 1990s was waiting for Shearer to score and hoping he would stop at one. This time, though, he was stopped by Nigel Martyn. In the first half Speed set Andersson against Wetherall, and his pass into the penalty area was collected by Shearer, but Martyn tipped his powerful close range shot onto the bar. And two minutes before Leeds scored, Batty put Keith Gillespie into a crossing position and, from the byline, he put the ball on Shearer’s head inside the six yard box. He headed back across goal and was ready to celebrate, but Martyn switched direction, dived, and pushed the ball wide.

It was one of those saves that leaves you wondering how it happened. The same could be said of Martyn’s blunder five minutes later. Georgian substitute Temuri Ketsbaia — “The Russian boy,” as Graham called him — hit a low shot from outside the area that Martyn only had to fall on. He did, but with his arms too wide, letting the ball under him and into the net.

“If Nigel doesn’t hold up his hands I’ll hold them up for him,” said Graham. “Yes, he made some great saves, but you can blame him. To be fair he doesn’t make many, and he’s a good lad.”

Martyn already had held his hands up, to the away fans — who backed him by chanting ‘England’s Number One’ to him for the rest of the game; to Robert Molenaar, who tried to console him; and to the Sky cameras, that Martyn went to in the tunnel straight after the final whistle. “I’ve cost the lads two points,” he said. “I’m very disappointed.”

Next to him, Molenaar was more ready to forgive than his manager. What happened, happened. “We couldn’t wish ourselves a better goalkeeper,” he said.

George Graham, meanwhile, stuck to his script. Martyn had cost Leeds the win, Shearer should have been penalised, Wallace was only out for himself. He’d wanted to sign Andersson — Newcastle’s new £4m striker from Milan — but the Leeds board wouldn’t pay for him on top of their £8m summer spending. “I like Dalglish’s recent signings,” he said. “Kenny clearly has more cash at his disposal.”

Batty, meanwhile, finally found an old friend among the visitors. At the end, by the tunnel, he spotted Alan Sutton, Leeds United’s physio since Batty’s days on the youth team. Sutty got a handshake, and that was quite enough emotion for one day. ◉