Nobody at Leeds City seemed inclined to worry at the start of October 1919. Yes, there was a joint Football Association and Football League investigation into the running of the club during the Great War. They’d been given a deadline of 6th October to produce the documents the FA were demanding or face the consequences. But pre-war scoring sensation Billy McLeod had come back to the club and scored five as City started the season with three impressive wins, two draws, and a couple of defeats. They’d lost pre-war manager Herbert Chapman to a more attractive office job at Olympia Soap Works at Selby, but were still aiming for the promotion to the First Division that had seemed likely before the war.

The immediate problem on 4th October was travelling to Wolverhampton. There was a rail strike, so the players and directors had to travel by charabanc, a sort of open top sightseeing bus, and attracted curious glances as they set off from City Square. Contrary to reports, the directors had not resigned, and trainer Dick Murrell, manager Robert Hewsion, vice-chairman J.C. Whiteman and chairman Joseph Connor lined up in front of the Leeds Mercury’s photographer. They were ‘going to see the inquiry through’, said the caption. 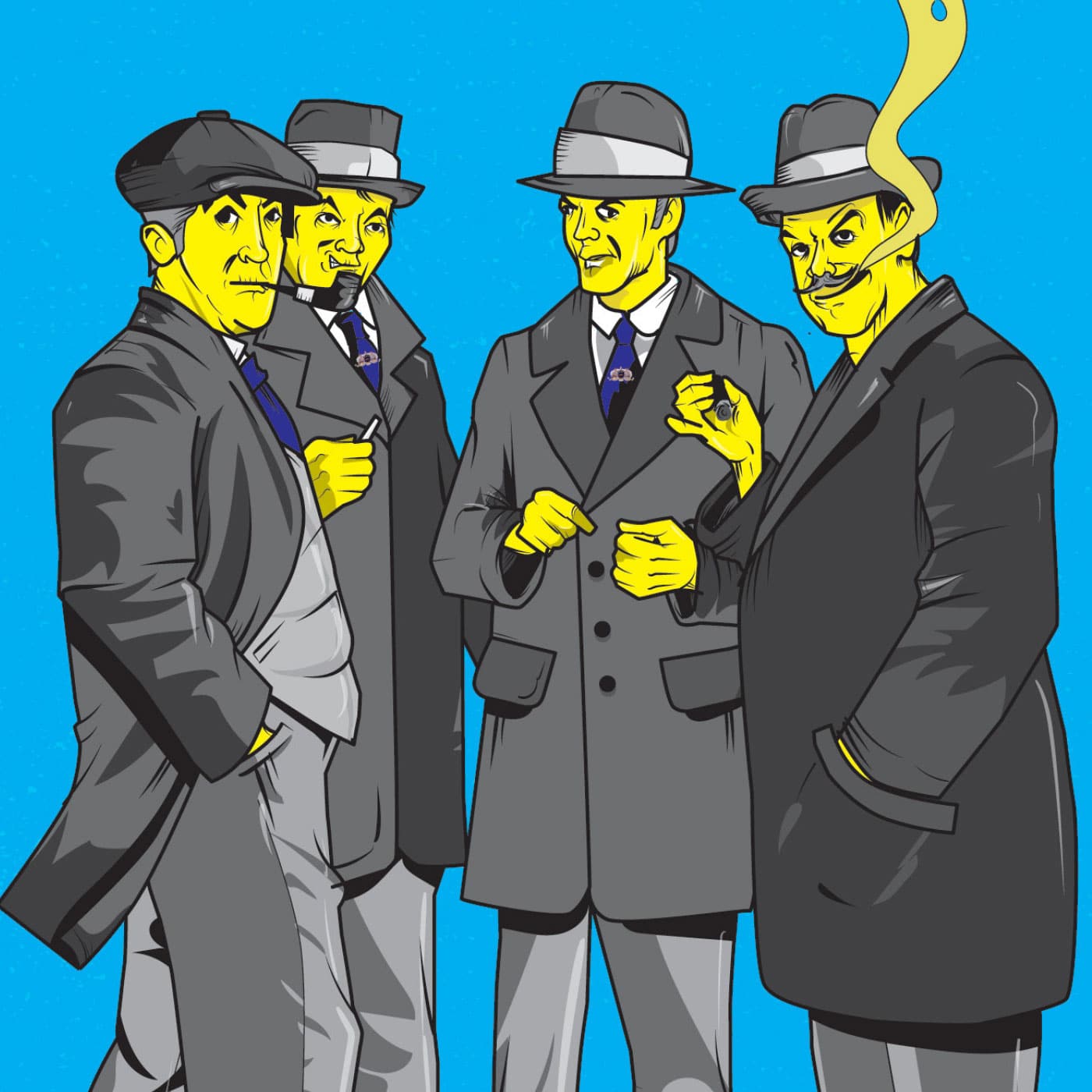 ‘The documents were never made public, but…’

At Molineux, McLeod hit a hat-trick in a 4-2 win, and the team must have been in jovial mood on their way back north. They even gave a lift to Charlie Copeland, their former teammate, whose tip off to the authorities when he was upset about his wage offer had started the inquiry. There must have been some bite to the banter on that long journey.

Copeland had put the affair into the hands of a solicitor named James Bromley, who was well placed to cause problems for Leeds. He had already negotiated a settlement to ensure the silence of City’s wartime secretary-manager, George Cripps, who had tried suing the club for wrongful dismissal after the war, threatening to reveal what he knew about illegal payments to players. He’d wanted £400 but settled for £55, in return for all the documents in his possession. These were given to the club’s solicitor, Alderman Clarke, never to be produced unless all involved agreed.

These were the documents the inquiry now wanted to see, and that the Leeds City directors were, in the FA’s view, obstinately refusing to hand over. Joseph Connor claimed that, because of the agreement with Bromley, it was not within the club’s power to produce them. Perhaps he was calculating that, without evidence of illegal payments, the authorities would have no power to act. If so, he miscalculated, badly. The deadline of 6th October came and went, and then an FA meeting on the 8th.

They couldn’t punish Leeds City for making illegal payments without evidence, but they could punish them for refusing to produce that evidence. The club was suspended indefinitely. Burslem Port Vale, lobbying in the background, took their place in the league. Joseph Connor and J.C. Whiteman, with fellow directors Sam Glover and George Sykes, as well as George Cripps and Herbert Chapman, were banned from football for life, ‘not allowed to attend any football matches or take part in any football matches.’

The auction of players later that October, and the founding of Leeds United to ensure soccer carried on in Leeds, are well known stories. Herbert Chapman managed to overturn his ban on appeal, arguing he’d been working at Barnbow munitions factory during the war, and at the Soap Works when the others declined to hand over the documents. The Cripps documents were never brought to light, presumed lost.

It always seemed an astonishing, brutal punishment, and after writing it up last year in the first edition of my book, 100 Years of Leeds United, the story was one of several that kept nagging at me. Researching it had reversed the long-received version of George Cripps’ role: for years it was thought the players had gone on strike during the war to have him removed, but I found the contemporary account that showed the players threatening to strike in order to have him reinstated, after the club tried forcing him out. That was a hint of more to find, a reason to keep digging.

I found a sound explanation for the FA’s actions in a mid-1980s journal article by Tony Arnold, an academic who was then researching the social and economic factors behind the slow growth of association football in West Yorkshire. His theory resonated when I read it at the start of the coronavirus lockdown this year, when the talk was of footballers giving their wages to the NHS. Football had been slow to stop at the outbreak of war in 1914, despite the Under-Secretary for War saying the game was “not in accord with public sentiment or with the cruel realities of the war.” Some thought it should stop, others thought it should continue as a recruiting exercise. Nobody seemed happy with soccer’s stance.

The scandal overshadows it, but the Great War was the occasion for Leeds’ first association football success. Leeds City were placed in the Midland Section of the new regionalised competitions, that were divided into ‘Principal tournaments’, a league of around thirty matches, and ‘Subsidiary tournaments’, of either ten or six games. City won the Subsidiary in 1915/16, the Principal in 1916/17 and 1917/18, and won a League Championship play-off against Stoke City, from the Lancashire Section, to make them de facto national champions for 1917/18. In 1918/19, City finished 4th in the Principal then 3rd in the Subsidiary. Elland Road had never known such triumphs.

One of the conditions of the regionalised wartime game was that the footballers should play without pay beyond minimal expenses, and severe punishments were threatened for any breaches: clubs ought to be, “Put out of the game for all time,” as John McKenna, the Football League president, put it in 1915. In 1919, McKenna was still president of the Football League, and presiding over the inquiry into Leeds City. Rumours of illegal payments were so rife they were an open secret, but only at Leeds were there concrete allegations, and only at City had they brought so much success, compared to the club’s pre-war status in the middle of Division Two. In Arnold’s view, the soccer authorities were making an example of City in order to earn back the public favour their game had lost in wartime.

Arnold’s article also contained a startling revelation about the Cripps documents the directors refused to hand over. ‘The documents were never made public,’ he wrote, ‘but the author recently managed to trace them.’ Sometime in the 1980s, he’d seen them. There followed a description of the contents: actual expenses for matches, details of an unofficial bank account, letters from players, and a ‘diary’ written by George Cripps, revealing the infighting and distrust between board members at the time.

The documents confirmed, overall, what was suspected all along: that Leeds City, like most other clubs, had made illegal payments to players during the war. They also described how. Money was siphoned into the unofficial account at the Bradford and District bank by recording higher wages to office staff in the proper accounts, falsely accounting for printing costs, and not declaring cash from programme sales. From there the money went to pay the players who brought City their wartime success. The payments were not large, around half the pre-war maximum wage — although there were few clubs who had not found their way around the maximum wage with bonus payments anyway. But fiddling the books in wartime was a different matter, and the Football League’s patriotic reputation was at stake. It says much about the authorities’ intentions that they supported a new club in Leeds on the same day the old one was auctioned off: something had to be seen to be done, but Leeds the city had to have a football club.

And I, with a paperback edition of 100 Years of Leeds United looming — it’s now published, book fans — had to know if I could trace Tony Arnold, who traced the documents that told more of the story of Leeds City’s final five years. I could, and thanks to his excellent filing system, I could see copies of what he found. The full story — inevitably — is in the book, not here, and while that sure is a grab for sales, it comes with a reminder that your local library will let you read all the books you want for free.

The documents raise as many questions as answers, anyway, because the main part — the ‘diary’ — is the testimony of George Cripps, who was brought to Leeds City by Herbert Chapman, but whose account, if made public at the time, would have dropped Chapman right into the middle of the trouble he always avoided by saying he was working at Barnbow. That separation let Chapman overturn his ban and return to football with Huddersfield Town, where he won the FA Cup and two First Division titles, then Arsenal, where he won the same, leaving an indelible mark on the game by practically inventing the job of the modern football manager. If Cripps could be believed, far from blissful ignorance in his war work, Chapman was a central figure at Leeds City throughout, even to the point that his clerks at Barnbow were doing administrative work for the club in 1918.

But how far could Cripps be believed? His claims that Chapman was conspiring with Joseph Connor against him sound paranoid, but then, his pedantic complaints about expense claims — for, ‘drinks + cigars with which [Connor] entertained various people at Newcastle’ — could easily explain their desire to get rid of him. His first and last complaint was that he was never paid enough, and he seems unable to tone his grievance down. Ultimately, if what Cripps had in writing was such a smoking gun, why did he only get £55 for it from Leeds City, rather than the £400 he wanted?

Nobody at Leeds City seemed inclined to worry at the start of October 1919. And that, even after finding a crucial part of the story that was thought lost for 100 years, remains the tantalising question about the end of the club. ◉

(100 Years of Leeds United by Daniel Chapman is out now in an updated paperback edition. You can buy signed copies here.) 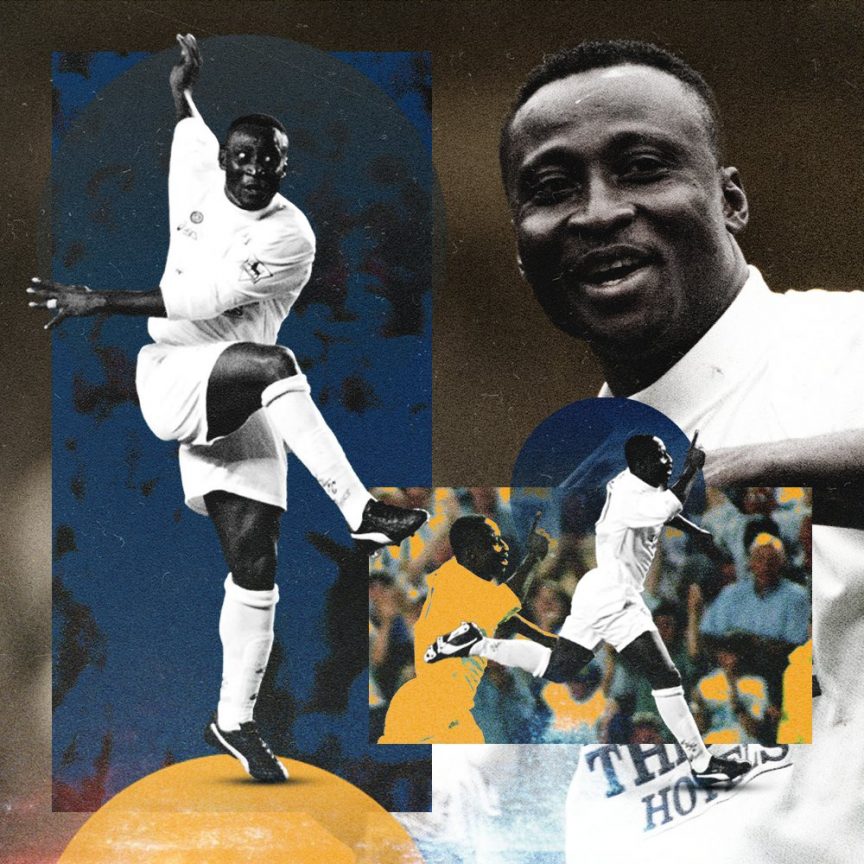 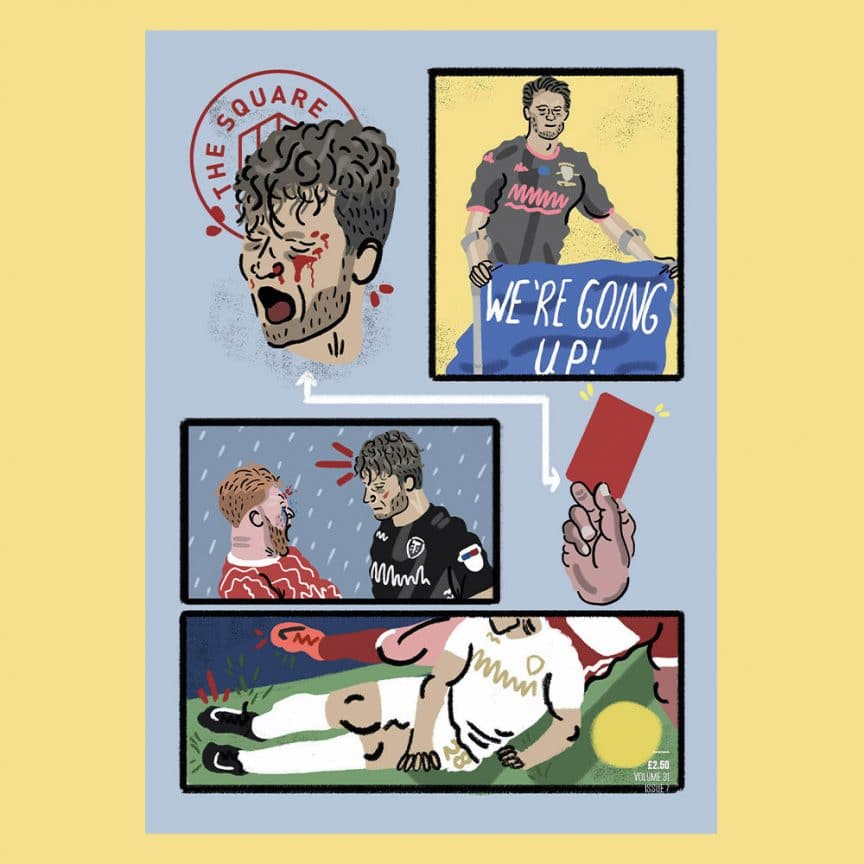