I remember the day when Manchester City died. It was September 2008 and I was on a bus in central Sydney which drove a bit too close to the pavement and ripped off its own back bumper, leaving me five minutes to run the remaining half mile to the office. I was never going to make it, and didn’t.

I slunk into the office to find my boss hunched at his desk. He was a nice enough fella, except when Manchester City lost, which happened frequently. He didn’t look up. Something on his computer screen had his attention, and judging from his expression it wasn’t good.

“What’s up?” I asked, hoping he wouldn’t notice the sweat pouring off me.

He beckoned me over. The screen showed the Sky Sports transfer tracker. It was 9am local time, but back in England the transfer window had just slammed shut. According to the tracker, mid-table Manchester City had just spent £32.5m on Robinho, Brazil’s latest superstar in the making. Further investigation revealed that City had just been taken over by the Abu Dhabi United Group and were spending money like Michael Jackson. 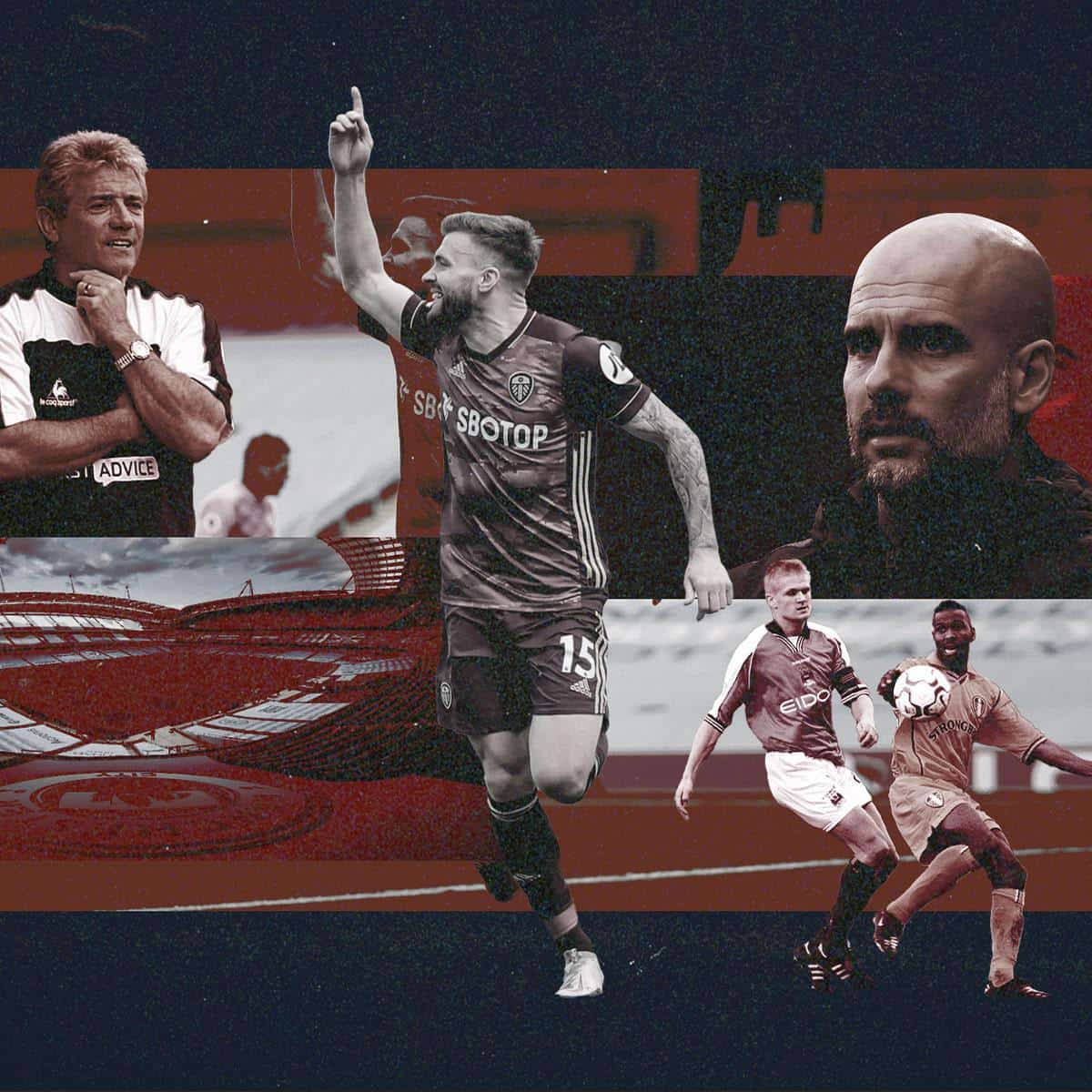 The acceptable face of Manchester

My boss, to my confusion, remained miserable. Confusion turned to mild annoyance when the tracker revealed that Leeds United’s biggest bit of deadline day business was handing a permanent deal to a semi-retired Paul Telfer. City’s financial future was secure and there was now a clear path for them to become a footballing superpower. I couldn’t see a downside.

But he was older and wiser than I was, and something didn’t sit right with him. “It’s not the City way,” he said, looking dazed. “This isn’t how we’re meant to do things.”

Flash forward thirteen years. Now I understand. Six Premier League clubs, Manchester City included, had just announced their intention to join a new European Super League, and I was reading a tweet from a City fan located a few thousand miles outside Manchester. “Real football lovers know how irresistible it is. How will you miss a match where CR7 will be facing off with Messi?”

I certainly didn’t feel like a football lover at that moment. I had started to feel like I was trapped in a loveless marriage with a partner who had changed beyond all recognition. That the tweet came from a City fan somehow made it worse. Of the self-styled Super Six, they ought to have been the ones to know better.

I remember how they used to be. Subversive, dysfunctional, a little bit mad. Frequently terrible, rarely boring. Twinkle-toed Georgians lining up alongside crimson-faced cloggers. Perennial underdogs in their own city, where our common enemy ruled with an iron fist. The acceptable face of Manchester.

Once, trailing by a goal and needing a draw to secure European football, they threw goalkeeper David James into action as an auxiliary striker, despite having an actual striker on the bench. Mayhem ensued. A wild air-kick from a telescopic leg injured two defenders simultaneously. Amid the chaos City won a last minute penalty. In true Manchester City style, they missed it.

Like Leeds, they did their time in the third tier. Their ‘legacy fans’, as one corporate gonk described matchgoing supporters of a certain vintage, still revere the players who helped them escape, limited though they were, much as we still hold a torch for the likes of Andy Hughes, Paddy Kisnorbo and Tresor Kandol.

Their romance is gone forever

City’s third tier team was led by Andy Morrison, a rotund, psychopathic Scotsman once famously dismissed for sticking his tongue down Stan Collymore’s throat. It contained Jamie Pollock, who relegated City in 1998 with one of the most aesthetically pleasing own goals of all time. There was also Paul Dickov, a waspish, irritating striker with zero finesse but a determination that could move mountains. They were crap at football, at least when compared with the City of today. But they had soul.

They went up via the play-offs, after a last gasp Dickov goal and a Nicky Weaver shoot-out save. Even for a neutral fan, the scenes behind the goal were wonderful to behold. I’ve seen things with ‘Made In China’ stamped on them that contain less plastic than City’s current fanbase, but this was a time when all the glory hunters flocked to the other side of the divide. City fans were loyal, stoic in the face of humiliation, and fiercely passionate, no matter how far into the lower leagues their team sank. We can all relate to that.

I no longer recognise that club. It died on that September day, long years ago. It was replaced by something blank and featureless; a shiny cyan automaton. It cuts down lesser teams with ruthless efficiency, to the delight of ‘real’ football fans, for whom football begins and ends with the Super Six. Fans who can tell you everything you never wanted to know about Messi and Ronaldo’s xG; fans who look at a photo of Paul Dickov, fists clenched and knees sliding, celebrating the most important goal in City’s history, and feel nothing.

Something about Leeds United jammed City’s incredible machine, not once but twice. Stuart Dallas wedged a spoke deep between its gears, causing a system fault. But it will be back next year, fully rebooted and with shiny new parts, joylessly mowing down anything unfortunate enough to stand in its way. Manchester City are inevitable.

It might feel strange to cite City as a cautionary tale as they prepare for their first ever Champions League final. They are successful in ways they never dreamed possible, but their romance is gone forever. They betrayed the fans who once followed them to league fixtures at Macclesfield, Wrexham and York City when they tried to seal themselves in an ivory tower with eleven equally reprehensible clubs. They have lost something that no amount of silverware will restore.

I look at them and appreciate Leeds United all the more. There are richer owners than Andrea Radrizzani out there, and Directors of Football who might think twice about handing a four-year deal to Ouasim Bouy, but the club feels balanced. We remain erratic and unpredictable, but are progressing under the care of one of the game’s great idealists, Marcelo Bielsa, and owners who respect and engage with our traditions. We would do well to remember this next time Qatar Sports Investments rumours begin swirling around Elland Road.

In a world where football becomes uglier by the day, Leeds United are a thing of beauty. We are imperfect. We refuse to conform. We have soul. ◉

(This article is from issue 8 of TSB’s 20/21 season. Get every magazine online and every podcast ad-free, by clicking here and finding out how to support us with TSB+) 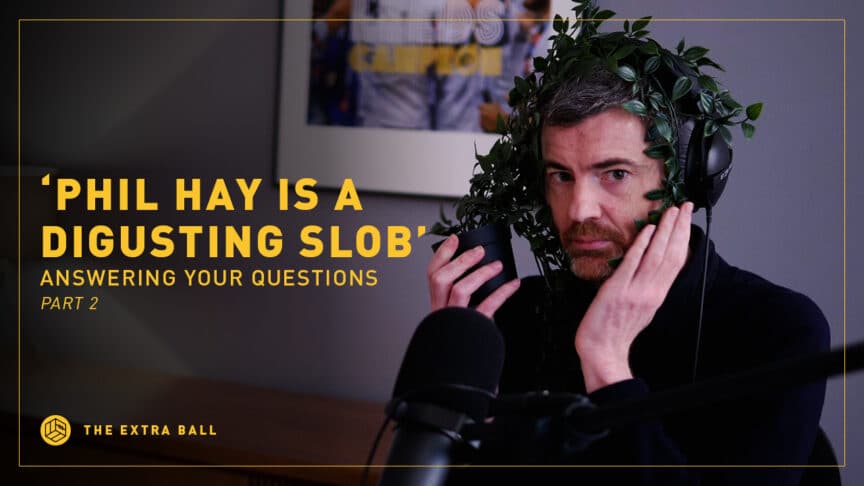 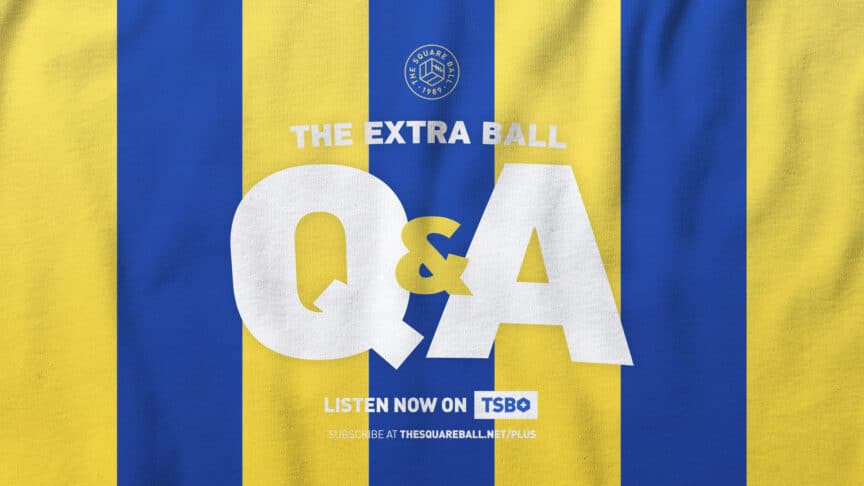