◉ This article has been made free to read from the subscribers section; subscribe now to read more from TSB online

Ever wondered what goes on inside your favourite footballer’s mind? Your favourite footballer is, of course, Gaetano Berardi, otherwise you ain’t Leeds, but let’s assume for a minute that it’s someone less homicidal. There are things in Berardi’s head that would make Freddy Krueger sit down, pull his stripy sweater over his head and have a nice long cry.

Take Chris Wood, for example, who certainly isn’t your favourite player, but let’s go with him anyway. There’s something a bit shark-like about Wood, something dead-eyed and predatory that doesn’t waste time with niceties like elaborate celebration or bonding with fans. When the ball comes to him in the box, he simply does what nature designed him to do, nothing more or less. His internal monologue can be summarised as ball = header = goal. Whereas, Hadi Sacko… well, I’d love to step inside his head and see what goes on in there when he’s one on one with the keeper. I imagine it’s a bit like a Salvador Dali painting, complete with melting clocks and spider-legged elephants, soundtracked by Acid Mothers Temple.

Lovable and tooth-gnashingly frustrating in equal measure, Sacko’s been playing havoc with our emotions for a little over a year now. He’s humble and self-effacing in a way that you all too rarely see from footballers (not to mention from the French). His delight at representing Leeds is plain to see and sets him apart from the many sour-faced imports who have filtered through this club in recent years. He’ll cheerfully surge past a left-back like a TGV-train and bring the crowd to its feet. And then he’ll make it put its collective head in its hands and roar out that immortal line: ‘Square it, Hadi!’

I can’t be nasty about Hadi Sacko. It’d be like kicking a puppy (I was going to say like kicking a pony, but my daughter’s My Little Pony obsession shows no sign of abating, and I’d happily hoof one or two of them into the nearest Findus factory). It’s not that he’s brainless, as some fans have suggested. It’s almost the opposite. Every time he gets free of his marker it’s as though each leg, knee, hip and foot develops a brain of its own and he has trouble getting them all to sync up.

The seminal example of this came in the death throes of Leeds against Villa last year, when Sacko rocketed past his marker, covered fifty yards in microseconds and was left needing only to play the simplest of square passes to present Chris Wood with an open goal. Something in his head, possibly a luminous, screaming Pontus Jansson, bedevilled him into ignoring Wood’s frantic waves, and instead he shanked the ball straight at the onrushing Pierluigi Gollini. Gollini parried and the ball trundled into the path of Wood, who slid in to make sure that ball = goal, and then went back to thinking about biting surfers’ legs, or whatever else Chris Wood likes to think about.

Any hard feelings towards Sacko were quickly dispelled later that evening, when he popped up on Twitter. An irate fan tweeted ‘SQUARE IT HADI’ at him. He responded ‘lol what do that mean square it?’ I think I fell a little bit in love with him that night. Later in the season we fielded him in a critical game against Wednesday, in which he got himself into a prime crossing position before experiencing one of his brainstorms and dribbling aimlessly into a defender. “Me today” he tweeted that night, accompanied by a picture of a FIFA controller with the passing buttons blacked out. By that point his performances were starting to lack direction and his lovable online persona wasn’t earning him quite as much goodwill. He quickly faded from the team that faded from the play-offs, and the Sacko experiment looked to have reached its natural conclusion.

Except it hadn’t. That summer, before the dust had settled on Garry Monk’s departure and before ‘Thomas Christiansen’ had replaced ‘D.U.P.’ as the most-googled item of 2017, Hadi was back, clutching a permanent contract and wearing an expression that suggested that he was at least as surprised as the rest of us. Grinning, he delivered a characteristically charming video message, that made us all go ‘Awww’ and forgive at least one of his moon-bothering crosses. His new season began with two short and fairly lamentable performances, that showcased the worst of him, and he lost his place. That personal disappointment didn’t stop him from tweeting a deranged ‘Wouahouu’ on the day we first topped the table, and epitomised this team’s renewed ‘Side Before Self’ ethos.

Now, as you may have gathered from the imagery in this article, a lot of rather surreal stuff goes through my own head on a daily basis, but nothing in my wildest Carabao-infused nightmares prepared me for what I saw when Leeds played Burnley. A raking ball from Hernandez sent Sacko barrelling down the right wing in characteristic Sacko style. Sacko took one touch, calmly looked up, and in a manner reminiscent of Chris Wood (who was down the other end, probably fantasising about chewing a seal cub), propelled the ball between the goalie’s legs and into the net, to the sound of lower jaws hitting the floor in the away end. It was a ‘Wouahouu’ moment, nothing less.

That’s the best and worst of Sacko; he’s got the raw pace and talent to do that every week, but something between his ears gets in the way. The good news is that this can be coached out of him, hopefully without compromising his most lovable character traits. Hadi Sacko may be flawed, perhaps fatally so, but can you imagine him ever breaking up with us via social media, as a certain former hero did? He’s authentic in a way that too few footballers dare to be, and we should treasure him for that.

May 6th 2018 is, as every Leeds fan knows, the day that Gaetano Berardi is due to score his one and only career goal, sealing both the title and promotion at one stroke. If there’s any justice in the world, it’ll be Hadi Sacko that delivers the final, killer square ball that ends our lower league exile. And if you don’t think that sounds like the most picture perfect ending possible, then you ain’t Leeds. ◉ 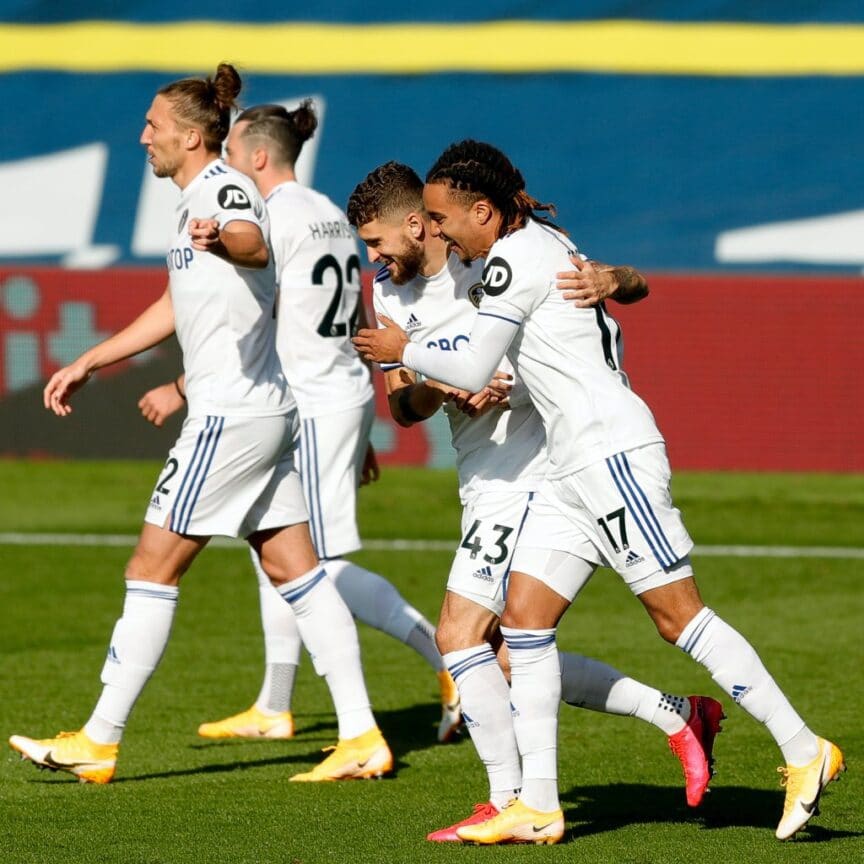