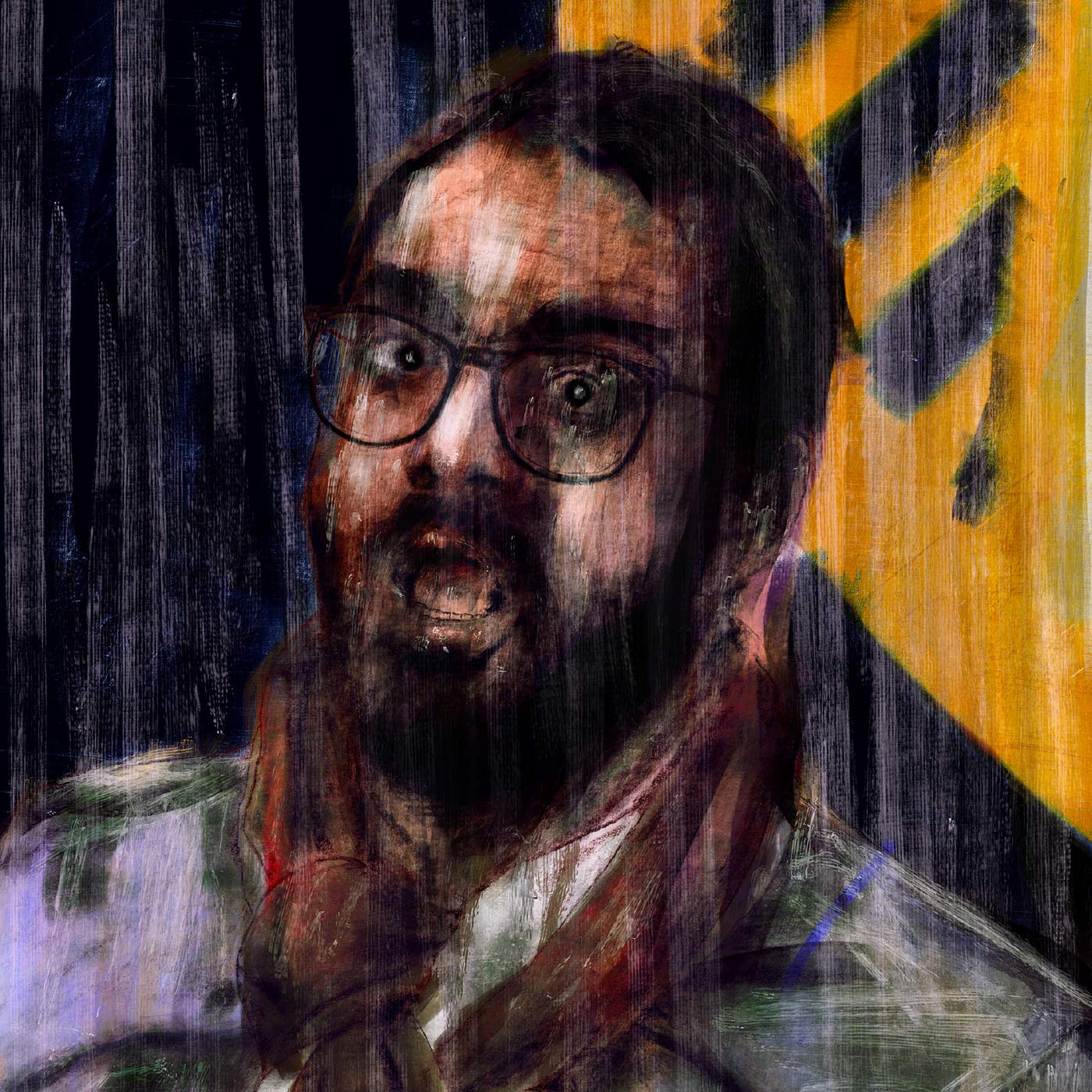 I woke up, and wished I hadn’t. There was a tiny, angry Berardi inside my skull trying to kung-fu kick its way out. And why was it so cold?

I rolled over, opened my eyes and was greeted by the sight of two hundred feet of clean Yorkshire air, all that stood between me and the distant pavement. Turns out there’s quite a nice view from the roof of the Revie Stand, as I began to appreciate once I’d stopped gibbering.

My memory of last night (and the one before it) remains a void, but judging from the state of the rooftop I hadn’t been the only one up here. It mirrored the street below, where a small group was diligently sweeping away a sea of bottles and cans. I noticed some boxer shorts dangling from a nearby pylon. I checked, and was relieved to confirm that they weren’t mine.

A hatch opened and out popped the head of Angus Kinnear, wearing a pointy hat and a slightly derpy expression. “Victor? You had us worried sick. Have you been up here all night?”

I opened my mouth to reply, but my stomach chose that moment to do some internal gymnastics. I climbed through the hatch, shuffled past Angus with what remained of my dignity, and ran for the nearest toilet. Feeling a bit better now.

Must stop, the coach is here to take us to Derby. Where can I get some binoculars at this time?

Back from Derby. It was a mistake to sit next to Mateusz Klich on the coach.

Angus has warned me to take it easy. Derby complained about the binoculars, and he’s concerned about some of my other behaviour since promotion. When I objected he produced a photo of me brandishing a crowdie and chewing a flag.

I winced as my phone rang. The tiny Berardi was still in my head, using my eyeballs for punching bags.

“Thanks. Send over two crates.”

“Nein. We are wanting to discuss the matter of Jean-Kevin Aug…”

I swore, and dropped the phone. It vanished down a crack in the sofa cushions, where I couldn’t reach it.

“You cannot avoid us forever, Victor,” the voice grated on, from somewhere inside the sofa. “If we do not presently receive payment of €18m then we shall be forced to…”

I left the phone where it was, and went in search of coffee. I can’t deal with this right now.

Hangover finally gone. Met Angus at the water cooler and asked if there was any progress with Marcelo’s contract.

“None yet,” said Angus. “He keeps saying the same thing: ‘sign Rodrigo’.”

“Yeah. Give them a call today, will you? And what’s the latest on Ben White?”

I didn’t have the heart to tell him that negotiations with Brighton had broken down. I may or may not have called their owner, Tony Bloom, on promotion night and called Brighton ‘a shitty, gull-infested fairground with delusions of adequacy’. I don’t like dealing with them, anyway. Ben is nice, but his agent smells of Lynx Africa.

“I’ll put a bid in, anyway,” said Angus. “See what you can do with Rodrigo. We need to move fast on this.”

I should probably get that phone out of the sofa. It’s been buzzing away all week.

Retrieved phone. Sixteen missed calls from German numbers. Fifteen were from Red Bull. I didn’t recognise the sixteenth, so I called it back.

“Victor! You want Koch? We can get you Koch!”

I hung up. I’ve got a month to source a world class centre-back, and this sort of thing is really unhelpful.

Called Robin Koch’s agent back to apologise. He was very decent about it; apparently it ‘happens all the time’. He’s not wrong — last year I was very rude to a Dutch executive who called up asking to ‘rent Bouy’.

Koch looks good. We’re still going after Ben White, but if we can’t get him I’ll enjoy telling his agent where to shove his can of cut-price odour repellent.

I should probably get some actual work done. No more updates until we sign someone.

Success! Rodrigo Moreno is a Leeds player! It’s taken a month and smashed our transfer record, but it’s finally over the line. Maybe now we can get Marcelo’s contract sorted.

Koch will sign later today, so we’re staking something like £45m on the two of them. Not quite sure where the money’s coming from, but it’s a small price to keep Marcelo happy. Angus and I are off to Wetherby tomorrow to finalise everything.

Marcelo didn’t look up from his laptop as we entered his flat. Angus and I stood around, shuffling awkwardly. Diego Flores made me a cup of something that might have been tea, or might have been coffee.

Finally, Marcelo acknowledged us with a nod and a smile. Angus produced the contract and placed it, ceremonially, on the desk.

“You’ll find everything is in order, Marcelo,” he said. “We just need your signature, right here.”

“Thanks, Diego. I speak Spanish.” I reminded him.

Marcelo began, silently and painstakingly, poring over the sub-clauses and fine print of the document. We waited. Finally, he reached the last page. Then he flipped back to page one, and began the whole process again. Aeons passed.

“Is there a problem, Marcelo?” I asked.

“Diego, why don’t you go and make us some more coffee?”

When Flores had gone, we pressed Marcelo for an answer. “Marcelo, don’t you want to sign?”

“When,” Marcelo continued, glancing at us over his spectacles, “you sign Rodrigo.”

He turned the laptop around. On the screen was a video of Rodrigo de Paul.

Angus and I looked at each other. There was another long pause, punctuated by Diego Flores emerging from the kitchen and cheerfully thrusting a mug into my hand.