The Wizard of Oz

Terry Venables and the Goblet of Brandy 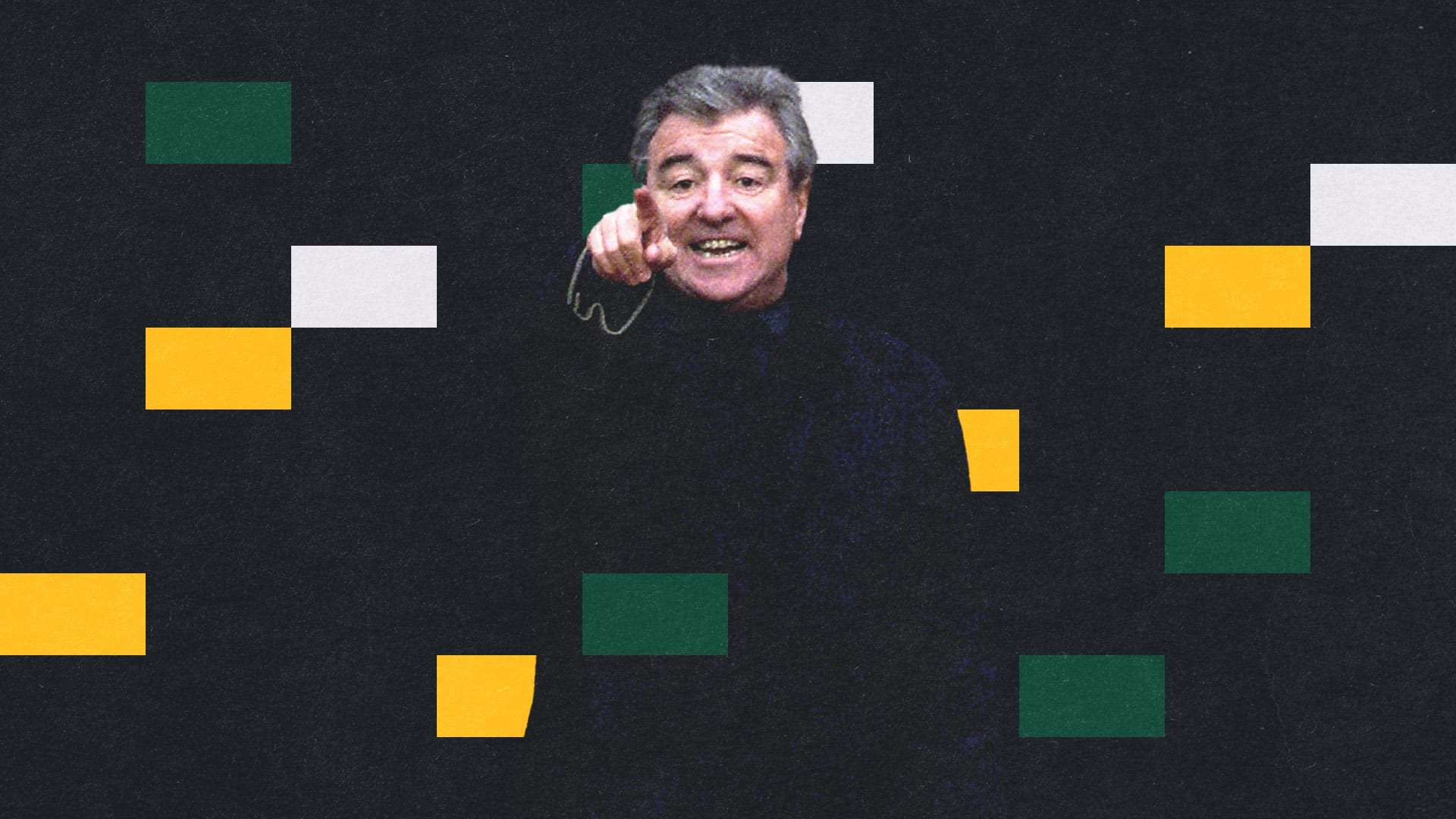 Terry Venables was spinning plates in the summer of 1996, but nothing was going to stop him making plans for the World Cup in two years’ time. There were the small matters of police investigations and looming court cases over accusations of financial mismanagement, never mind managing England at Euro 96. But Venables was telling the FA that if they didn’t extend his contract to cover the World Cup before the European Championships had taken place, he was going to walk when his current deal expired that summer.

The FA called his bluff, cutting off their nose to spite the face of the man who then took England to within Gazza’s toenail of their first major final since Jack Charlton won the World Cup in ’66. Within a month of leaving the England gig, Venables was surprisingly appointed director of football at second tier Portsmouth. His complexion always made it difficult to tell, but his ears must have been burning when executives on the other side of the world started mentioning his name.

Australia were searching for a new manager following the departure of Scotsman Eddie Thompson, who made the team competitive but was criticised for his dour nature and even dourer football. Venables’ name was mentioned by an English backpacker travelling in Australia who had previously worked at the FA. She was interning with Soccer Australia, and put Venables in touch with David Hill, chairman of her new employers. On the day Venables was announced as manager, it was also confirmed he had become Portsmouth chairman after buying a controlling stake in the club for a nominal £1 fee. He was being paid £200,000 a year by Soccer Australia, 10% of their annual budget. It was written into his contract he only had to spend 40% of his time each year in the country. “We’ve had some fair dinkum discussions,” Hill said at Venables’ press unveiling.

Despite failing to qualify for a World Cup since 1974, there were reasons for optimism among Australian fans. Hill later described the players Venables could select from as “arguably the best Socceroos we’ve ever had”, naming three players he later worked with at Leeds — Mark Viduka, Harry Kewell, and, um, Paul Okon. There was also Stan Lazaridis, who Venables tried to sign for Leeds from Birmingham. At the time, Kewell had only scored his first senior goal for Leeds the month before Venables was appointed, while Viduka was starting to shine in Europe for Dinamo Zagreb. Maybe Venables’ time in charge of these players at international level can tell us what could have been at Leeds.

Venables brought the good vibes from the English summer, minus Baddiel and Skinner. Australia won their first twelve games under his guidance, shedding Thompson’s defensive approach. Hungary were beaten 3-1 in a game kicked off by Ferenc Puskas, celebrating his 70th birthday. The Solomon Islands were thrashed 13-0, John Aloisi and Damien Mori scoring five goals apiece. Goalkeeper Mark Bosnich was so bored of not getting a touch, he stepped forward to make it a baker’s dozen with an 88th-minute penalty that prompted the referee to blow for full-time early.

No wonder fans were feeling assured of that elusive World Cup place, ahead of a play-off against Iran to earn the final qualification spot for France ’98. Venables bemoaned travel arrangements and the condition of the pitch in Tehran, but Kewell gave Australia a first half lead in front of a reported 128,000 supporters. Iran equalised, but Kewell’s away goal gave Australia the advantage.

Venables refused to go Billy ‘Job Done’ Davies, although the same perhaps could not be said for Bosnich. Even before the first leg, Venables and Hill were walking past the swimming pool at their hotel and spotted the Aston Villa ‘keeper with a “big goblet of brandy and a cigar”. Bosnich raised a glass to his superiors, “Mr Chairman, Coach.” That might explain why Viduka was practising in goal ahead of the second leg.

It didn’t seem to matter. Kewell opened the scoring again at the Melbourne Cricket Ground. When Aurelio Vidmar added a second shortly after half-time, Hill started telling his colleagues to go home and pack their bags for a trip to France. Such was the party atmosphere, Australian ‘prankster’ Peter Hoare halted the match by invading the pitch and cutting down a section of the goal.

But the delay halted Australia’s momentum. Iran scored in the 71st minute, Bosnich at fault, meaning they needed to score one more to lead on away goals. They only had to wait another four minutes. Australia were unable to recover. The match ended in a 2-2 draw, 3-3 on aggregate. The Soccer Australia executives could cancel the flights to Paris, even though their team had gone undefeated in qualifying. Johnny Warren, a pioneer of Australian football, was weeping on the live TV broadcast. Captain Alex Tobin was so distraught he was unable to attend the post-match presser.

Venables distanced himself from reports linking him with managing Nigeria in France, vowing to take Australia to the 2002 World Cup. There were signs the Socceroos could recover when, the following month, they reached the final of the Confederations Cup, playing five times in nine days. Brazil were the opponents in the final, who Australia had drawn with 0-0 in the group stage. Viduka was sent off after 24 minutes for kicking Cafu in the knee. Venables tried to calm things down by bringing on Kevin Muscat. Brazil won 6-0, Ronaldo and Romario both scoring hat-tricks.

Australia failed to win another game under Venables. He remained in the job until the summer of 1998. Four days before the opening match of France ’98, and four years before the start of the 2002 World Cup, they lost 7-0 to Croatia in his last game in charge. By that point he’d had to sell his controlling stake in Portsmouth after being banned for seven years by the High Court from holding company directorship. But yet again Venables had made sure he had plenty to keep him busy. Two months before taking charge of Australia for the final time, he’d already agreed to become manager of Crystal Palace. He just missed out on linking up with Tomas Brolin at Selhurst Park, but did have the brief company, on loan from Arsenal, of Jason Crowe. ⬢