The Glory days of Andy Keogh and Shane Lowry 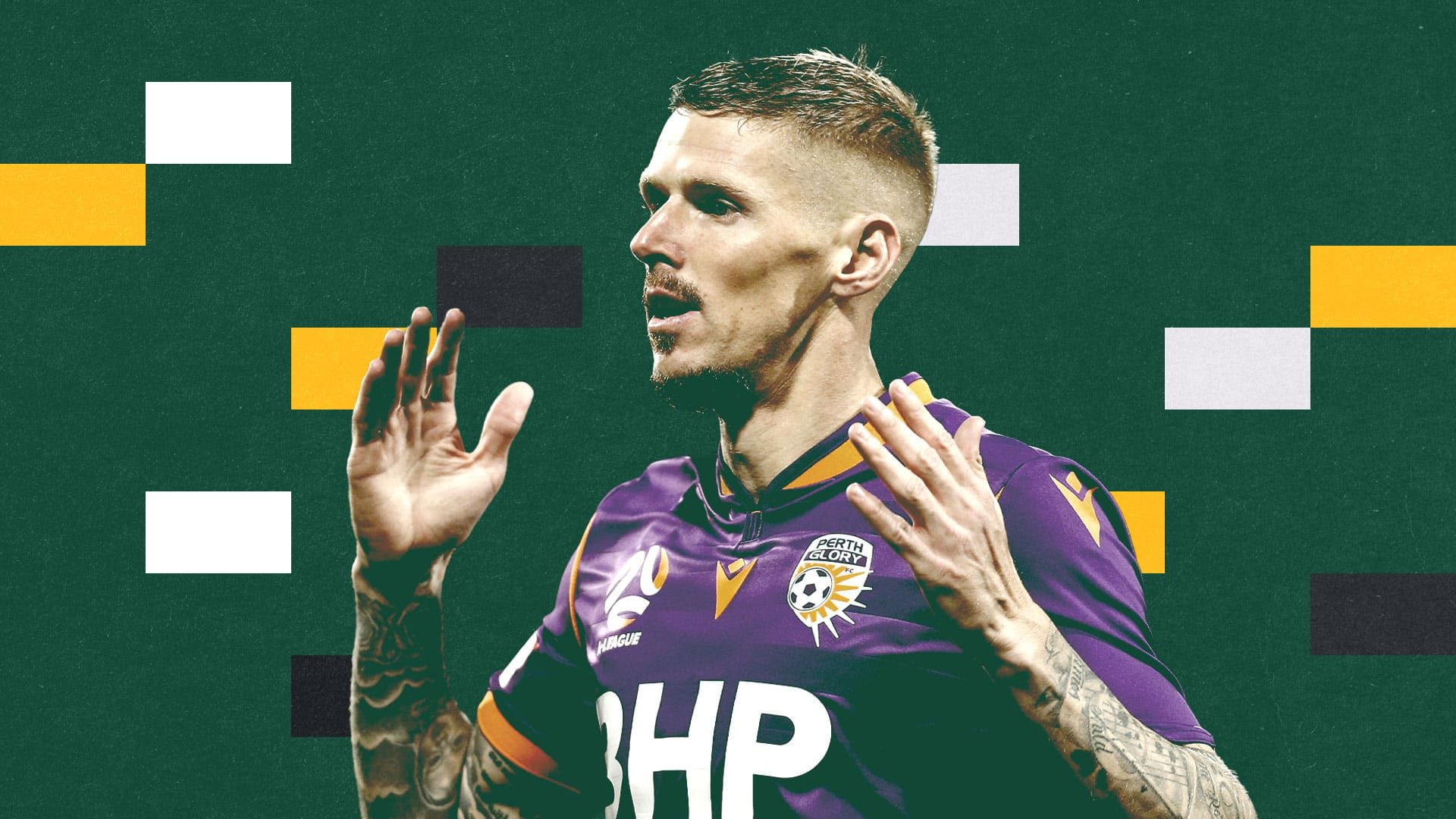 If you ever need a confidence boost, walk down any street in Australia wearing a Leeds United shirt. It won’t take long before a stranger stops to compliment both your sartorial and life choices.

My sister lives in Perth, and both times I have visited her I’ve met more people from Rothwell than anywhere else since I sold out and crossed the divide of the River Aire into north Leeds. She grew up idolising Jimmy-Floyd Hasselbaink and Alan Smith long before I caught the Leeds United bug. When I stayed with her in 2016, we got our football fix by going to watch Perth Glory, and encountered two former Leeds stars more in keeping with my formative years supporting the club. Neither of them trampled on their reputation by joining Scum or Chelsea. Sure, everything in Australia felt expensive, but how can you put a price on getting to see Andy Keogh and Shane Lowry in the flesh again?

My memories of this day are hazy. In terms of the differences in football culture, what mainly sticks out was that the food stalls on the concourse were selling something described as a ‘healthy wrap’. My journalistic curiosity failed me. I ordered a Strongbow. While queuing for the bar, I received a couple of ITK nods towards my replica of the 1992 title-winning home shirt. One man walked up, tapped me on the shoulder, and in a comforting Yorkshire accent said, “I’ve got that shirt,” before walking straight off again without saying another word.

My main memory is of how Keogh was adored like a footballing rock star. He was already in his second spell at Perth following a short hiatus playing in Thailand, having had to leave due to the Glory’s salary cap breaches the previous year. (He had another gap year in Saudi Arabia and India before returning for a third time in 2020.) When I saw Keogh play for Perth against Central Coast Mariners, he was in the middle of an eight-match scoring streak that dragged the side from the bottom half of the table and into the play-offs. He scored twice in a 4-0 win, hit the bar with a header, and kept shooting from distance whenever he touched the ball, like he knew he was the most threatening player on the pitch.

All of his involvements were followed by a chorus of chants singing his name. This was not the Keogh I remembered at Leeds, the striker we made run around on the wing because he rarely looked like scoring. He had obviously learned a lot from those games spent crossing for Luciano Becchio.

I’d like to say it wasn’t the Shane Lowry I remembered at Leeds either, but I’ve tried my best not to remember Lowry at Leeds. Andy Hughes strikes me as someone who likes to see the very best in others, but I’ve never heard a more withering assessment of a former teammate than, when watching back the Bristol Rovers promotion game with Jermaine Beckford during lockdown, he refused to call Lowry by his name, referring to him only as “the left-back” who offered us “nothing”.

In fairness to Lowry, he was a centre-back being played out of position at Leeds. It was like we had six months of Jason Pearce trying his best at left wing-back, but PearceDawg was only ever stuck out there for one half of football. When Perth reached the play-offs, their form was credited not to Keogh’s goals, but Lowry’s performances in the middle of defence. There was a player wearing the number 6 shirt for Central Coast who I assumed was another lumbering centre-half doing a similar impression of Lowry and Pearce’s take on the full-back role. He was one of the most uncomfortable footballers I’ve ever seen. I’ve just googled his name, and it turns out he was actually just a lumbering winger who played left-back quite regularly. Perhaps they gave him the number 6 as a hint of where he ought to have been playing. He was sent off for two bookings shortly after half-time.

Central Coast were hoping Luis Garcia, a Champions League winner with Liverpool, could be their equivalent to Keogh. Within five minutes of the first red card, Garcia — who had already retired once — had managed to collect two bookings of his own despite barely touching the ball all game. In lieu of their marquee player, I was at least watching a historically terrible team. They ended the season with three wins in 27 games, collecting the fewest points in the club’s history, and setting A-League season records for games lost, goals conceded, and worst goal difference. They didn’t keep a single clean sheet. Nick Montgomery, who grew up in Leeds, supported the club, and played in the academy before having his mind poisoned by Neil Warnock at Sheffield United, was the Mariners’ captain. He gave away a penalty that Keogh scored. The following season, Central Coast appointed another former Leeds great, Paul Okon, as their manager. They are now managed by Nick Montgomery.

For Keogh, Perth has become his adopted home. He is now the club’s head of recruitment, and became an Australia citizen in 2020. But even after all this time in Perth, I still remember the way he kept looking into the stands during the match, spotting Leeds shirts, and beating his fist against his chest in salute. He can spend the rest of his life looking after Shane Lowry on the other side of the world, but home is where the heart is. ⬢