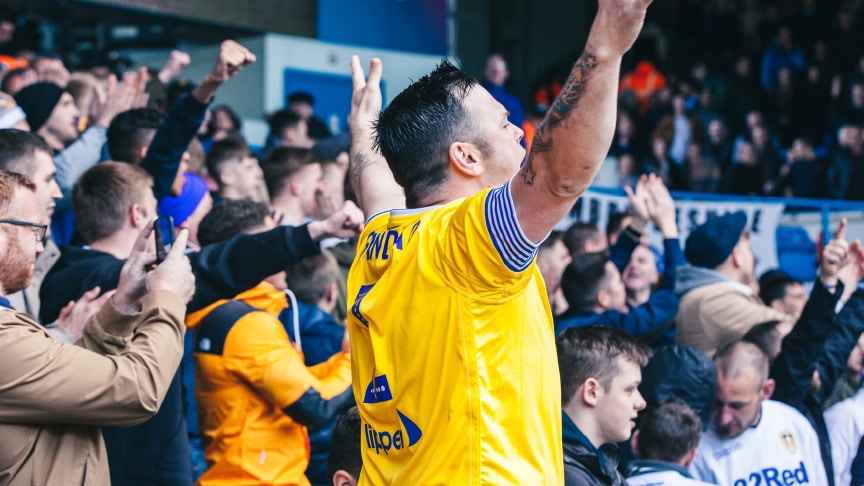 Schrödinger’s cat is a thought experiment, wherein a cat is sealed inside a box with a radioactive source and a flask of poison, that will be released if a Geiger counter detects radioactivity. The radioactive material has a 50/50 chance of decaying in the next hour, triggering the release of the poison.

With the lid sealed on that box, it’s impossible to know whether the cat is alive or dead. Therefore, Schrödinger suggests, the cat is both. Simultaneously locked in two binary positions — life and death — until the moment we lift the lid and check on our imaginary feline friend.

Quantum mechanics and Leeds United aren’t the most obvious bedfellows, of course. One produces consistently baffling results that only the keenest intellects in the world can grasp, while the other is a scientific theory that describes the movements of atoms and subatomic particles. Ba dum tss.

However, this is issue 10 of The Square Ball, and conclusions are needed. It’s the last issue of the year, and as I sit down to write this, we sit three precious points ahead of our rivals for second place, Sheffield United, with just four(!) games to go. From here, anything is possible.

The only conclusion is: it’s been brilliant

We might find ourselves cruising towards the promised land, home and dry after a spectacular, unmatched run of four wins in four. Or we might have thrown it all away, capitulated in front of travelling Wigan and found ourselves stung by Brentford, gliding towards a nerve-wracking playoffs showdown.

Much like Schrödinger’s unfortunate cat, Leeds United both are and aren’t promoted. We just have no way of knowing until we peel back the lid of the box and check. Will we see Leeds United poisoned by the pressure of promotion, or sat happily purring, pondering Kalvin Phillips’ surprise call up to the England squad?

Conclusions can’t be drawn until outcomes are confirmed and yet, as I write this, conclusions remain uncomfortably elusive.

We can say that Frank Lampard is even more of a knob than previously imagined. Marcelo Bielsa did know how to do it on a Tuesday in Rotherham (hi, Steve!) and that our group of misfit toys, outcasts and also-rans have transformed themselves into credible automatic promotion contenders.

We can say that Bielsa has returned fiery pride to Leeds United just as he did in Chile, that he’s revolutionised the club, rebuilt careers and won hearts. We can even say that we’ve played the best football many of us have seen from the boys from Beeston in decades.

But have we been promoted? Will we be promoted? The box is still sealed, the cat still inside and the lid has proven tamper-proof. Only time will tell whether we make it out of this season alive, gloriously staring down the barrel of another year of Marcelo Bielsa’s football in the world’s most-watched division, or searching for his replacement in the Championship.

Conclusions are earnt, and this Leeds side hasn’t settled the bill just yet. So, with four games to go, the only conclusion to draw is this: it’s been brilliant.