The Square Ball Week: As The Facts Unravel 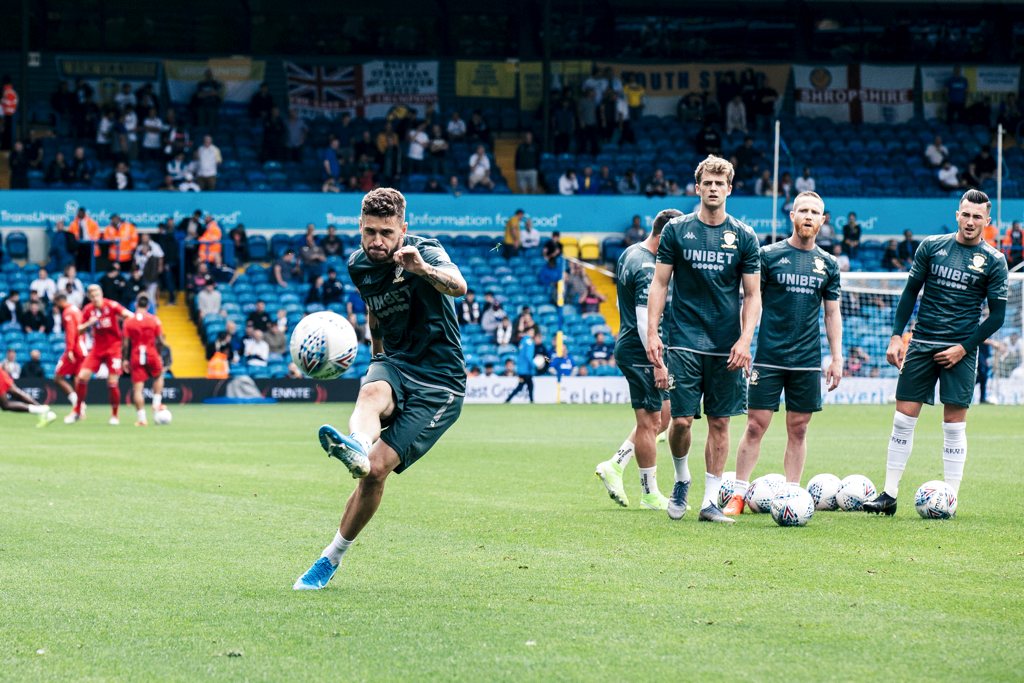 The thing about Mateusz Klich’s goal at Salford City this week was that it was very hard to do and it didn’t really matter. You could say that it was a moment that encapsulated football, but let’s not get carried away in the first paragraph.

Leeds United were already leading 2-0 and, with Kiko Casilla in goal and Gaetano Berardi in defence, there was no reason to fear that lead turning into something like, I don’t know, a 4-2 defeat. Okay, maybe we did need that third goal; Klich certainly thought so. Or maybe he just wanted it for himself.

Either way, he had to work hard to run from inside his own penalty area, when he saw Berardi clearing Salford’s corner with a punt to safety, to get to the ball before the covering defender who thought he had all night to control it in peace. That’s what Marcelo Bielsa’s long days of training are for. Then Klich’s first touch was spot on, his control of the situation was imperious, his shot into the top corner was unstoppable.

Effort, persistence and quality: three attributes Leeds fans love to see in a player. Amid the strange surroundings of the first Carabao round at the Peninsula Stadium, those honest values felt oddly misapplied. In a routine victory it was the coup de grâce, it was the Mateusz Klich t-shirt, but despite all his effort, nobody would have minded much if the game had finished 2-0 and Klich hadn’t bothered.

He was making life pleasing off the script, as he often does. Ezgjan Alioski is the undisputed Andy Kaufman of Leeds, but Klich is his supporting act. At Salford he got drawn into the petty squabbles and bickering he risked against Nottingham Forest, and he has the teenage nerd’s refusal to let any minor point go. He was either taking the game against Salford too seriously, given its status, or not seriously enough, given the way referee Keith Stroud kept trying to draw Kalvin Phillips into fouls — on him — anxious to wave some cards for the cameras.

Leeds turned the night of appropriated glitz into a chance for its weirdos to shine, Casilla deflecting pies behind the goal, Berardi putting the ball into the goal. Pat Bamford could watch and learn from Berardi’s run across the near post at a corner, the way he flicked the ball into Salford’s net; a goal a game from the night’s captain until everybody forgets about May would be very, very welcome.

Berardi’s goals are never in the script, but Sky’s match directors were furiously rewriting by that time anyway. The early establishing shots of Sir Alex Ferguson in the crowd and commentary talk of an upsetting result — upsetting to who? — were replaced in the second half by insistence on Salford City’s community work, their hopes for future success and prosperity, and Adam Rooney’s belief in the ‘project’. Presumably he finds his pay packet too unbelievable to be true.

The read-out adverts encouraging us to watch the new series of the Class of ’92 continued to the end, giving me an uncanny feeling, like Sky wanted me to switch off the live match and wait to watch the documentary version instead. Perhaps the Leeds camera crew were there too, rival entourages competing to distract us away from the chaotic, uncontrollable narratives football generates for itself, towards the sanitised storylines signed off by club owners making movies of themselves, like Steely Dan’s Showbiz Kids.

Salford versus Leeds felt like a cosplay football match because Salford City really is a cosplay football club; Ferguson, the Nevilles, Paul Scholes and Nicky Butt watching players pretending to be Manchester United, acting out a live-action roleplay rivalry against a team they’ve never played before, but with whom the script dictates they have history. Leeds themselves turned up as cosplaying bronies in their grey with pink manes and highlights.

Thinking of Paul Scholes in the stands when Klich’s goal went in, on the one hand, it might be nice if the Class of ’92 cameras captured the second when his heart rips in half. But why should we believe what we were seeing if they did? Scholes has no particular reason to feel especially upset if Leeds United beat Salford City — although we can be sure that lack of cause would not have hindered his celebrations had Salford ‘put one over’ on his ‘old rivals’. Win, lose or draw, he would have been performing; all the drama of football and its emotions, but without any of the sport.

That’s entertainment, I suppose, and with the night’s giantkilling script in the bin — a script that never acknowledged how the combined wealth of Salford’s owners and backers is far in excess of Leeds United’s — Mateusz Klich might as well have let Salford’s defender have the ball, and the viewing figures. But he didn’t, and thanks to that, he gave us a moment that was pure: a player, near his own goal, seeing a ball fifty yards away, and bursting every blood vessel and every bubble he could, to score. That’s romance, Salford.

Speaking this week about the emotions fans bring to football, Bielsa said, “We should observe this with admiration.” Maybe Klich’s goal does matter, after all. ◉