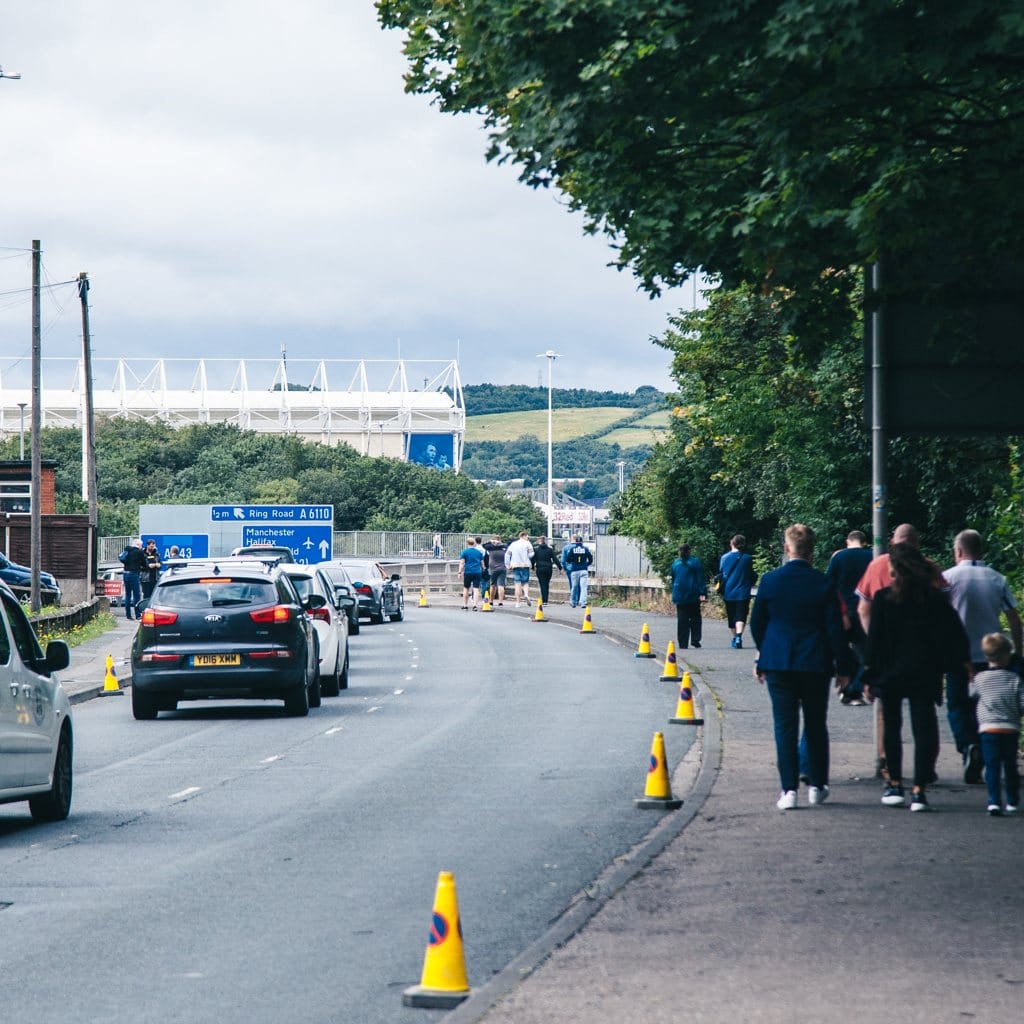 The emergency was declared the moment football was cancelled. While some ran for the supermarkets, football fans smashed the grid-lined glass and seized the axe and splintered the door guarding our most precious commodity in hard times: the archive.

While all this was going on I wrote in the Yorkshire Evening Post lamenting a loss of comfort in the absence of football commentaries to follow on TV and radio, but the airwaves since have lacked anything but football.

In the last two weeks, while they were supposed to be still, Leeds United have beaten Liverpool 4-3 in the Yorkshire Evening Post and then again on Sky; won the FA Cup against Arsenal on Twitter and lost it to Chelsea in The Guardian; on the BBC they won a third round tie at Manchester United, while at The Athletic McPhail passed to Hasselbaink and Parker crossed to Becchio. In one afternoon on Sky Sports, Leeds replayed every game of the endless 2019/20 season until it froze at the point this paragraph began: November 2000.

Encountering all this, and the classic goal clips and on-this-days and do-you-remembers jostling to fill the hours, can feel overwhelming. The shutdown and lockdown due to Covid-19 is unprecedented, but if we don’t have the technology to quickly thwart the virus, the tech we do have is perfectly designed to help us run from the situation.

YouTube is emblematic of the internet as an enormous machine producing instant nostalgia, with almost everything you could want to remember available at the click of a button, along with everything you don’t, but soon will. It can help you internalise what you don’t remember or weren’t even alive for, so you can feel wistful for them too; meanwhile, an advert will invite you to buy something that will smooth away the wist.

As I wonder whether all of this is healthy, I recognise I’m complicit. I bloody love YouTube, revelling in footage of bands I had to make do with only hearing before, adopting it so that, even though I wasn’t there, I remember the time it happened.

It’s the same with football. Already these past two weeks I’ve watched and written about the 1988 League Cup final and England vs Scotland from 1967. Heck, I wrote a whole damn book on the history of Leeds United. But history is not the same as nostalgia, although it might incite nostalgic feelings. I hadn’t seen either of those games before; watching them, I was looking for something new, not comforting.

Nostalgia has its uses, though, and much of football’s appeal is built on it. One of the reasons statistical analysis of games is kept down is because most football fans want to remember feelings, not formations; in pubs after games, we gather to compare memories of how we felt when the ball hit the net less than an hour before. Football tunes us to feeling instantly nostalgic for our experiences.

Nostalgia can be defined as ‘intense morbid longing … causing severe melancholia’, and if there’s one thing we don’t need more of right now, it’s morbid melancholy. But football is exceptional for the way it channels nostalgia into optimism. We watch Marko Viduka score four, then go cheerfully to Elland Road hoping to see Pat Bamford do the same. The machinery has broken down, though, and nobody is going to Elland Road to watch Pat Bamford do anything now, or soon. In the past it was reassuring to know we had nostalgia to fall back on. At present, it feels like the past is all we have.

Without new games to look forward to, what are we doing with our past? Last week Buzzfeed’s Anne Helen Petersen defined what many of us are going through right now: while things are bad and we’re expecting them to get worse, ‘We are all grieving our lives as they once were.’ Normality has been snatched away from us with the sudden brutality of an accident. People near us may start dying of the coronavirus in terrible numbers, but for most of us, for now, what has died is ordinary daily life, including the ability to watch a new football game. That life won’t come back, not how it was: ‘There will be no all-clear signal,’ writes Petersen, ‘no magical reversion to 2019 day-to-day life.’

When we watch Viduka sticking goal after goal past Sander Westerveld, without a future fixture to apply it to, we’re not generating excitement for a match to come, but numbly paging through a photo album of a life that’s gone: history without future is nostalgia, and morbid as it sounds, the future is indefinitely postponed. They say the final stage of grief is acceptance, so I suppose it’s time somebody said it.

I’m not sure how we’ll get to that stage, because a characteristic of this time is that it’s neither possible or desirable to move on. I’m writing this next to a window beneath a blue sky as hazy as a beach cocktail, but all I know about next week under that sky is that, for a lot of people, it’s going to be worse than this week. We can not look forward with confidence. The only reasonable place to look is the past.

The 2020s, after three months, have taken after the 1920s, but the carefree Jazz Age we enjoyed with Marcelo Bielsa at Leeds has been unjustly short lived. We’ve Charleston’d right past all the flappers and the parties to the crash, to the last page of The Great Gatsby already.

When F. Scott Fitzgerald wrote about Jay Gatsby’s belief in ‘the green light, the orgastic future that year by year recedes before us’, he could have been describing the last fifteen years at Leeds United, stretching out our arms further for a Premier League memory that never seems to come any nearer.

And that famous last line, about beating on, ‘boats against the current, borne back ceaselessly into the past’, takes us with it to where Viduka is always scoring four goals, where Luciano Becchio is always well placed. ◉