The Square Ball Week: We Are Destroying Football 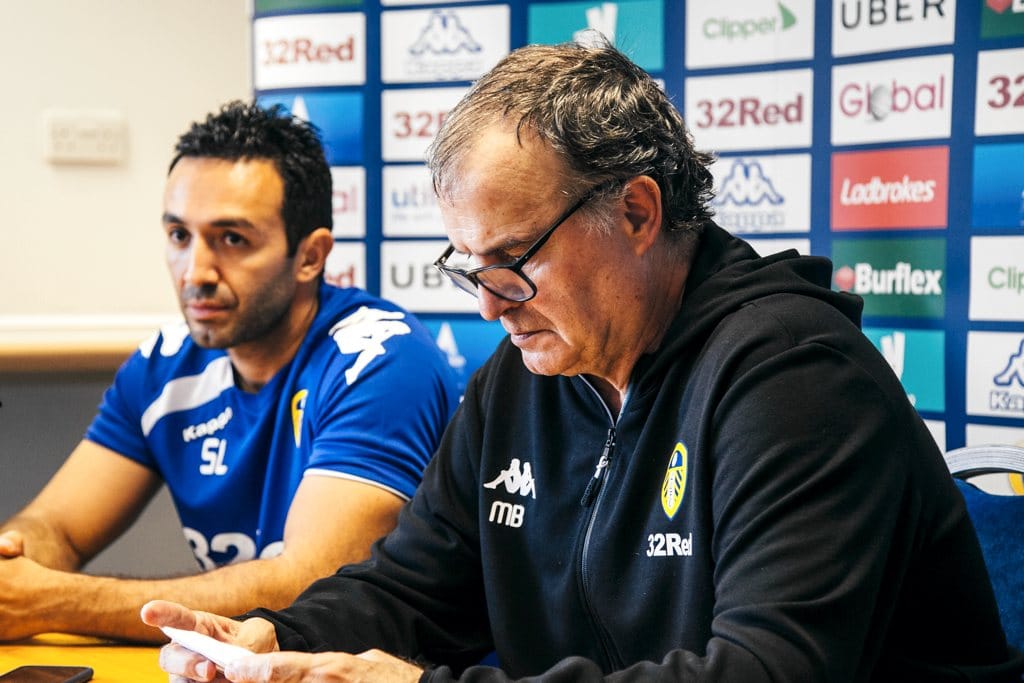 “The fact that we are not taking care of our planet,” said Marcelo Bielsa, replying to a question in November about playing entertaining football, “means our children will pay the consequences of our acts. And with football it will be the same. Because we are destroying football, and in the future we will see the negative effects of this.”

It became one of Bielsa’s most celebrated remarks of a remarkable season, and a feather in the new ethically-trimmed cap Leeds United has been wearing since he arrived as head coach almost a year ago. It was the moment Leeds United became the club with the head coach who can turn a question about styles of play into a meditation on climate change. Take that, Frank Lampard! We bet you do plastic recycling too.

The thing was, Bielsa wasn’t really talking about climate change. He was using climate change as an analogy for the point he was making about the commercialisation of football. “I’m not sure it’s a good analogy,” he said. “It’s a disproportionate analogy.”

“I think that the commercialisation of football, when the clubs are owned by private people, means that now the result is more important than anything,” he said. “But the most attractive thing in football is the beauty of the game.

“Those who invest in football should be aware, or take precautions, to keep the level of the business they bought,” he continued, meaning that football club owners should understand their role in maintaining the game’s attractive beauty, and not allow their commercial imperatives to spoil it by demanding results at all costs.

“Because we are destroying football,” he said. “And in the future we will see the negative effects of this.”

The future knocked on Leeds United’s door this week, and was invited in faster than Renfield invited Dracula into the asylum. A few columns in the Financial Times suggested Qatar Sports Investments might be interested in adding a stake in Leeds to their ownership of Paris Saint-Germain, bolstering Elland Road’s existing link, via board member Ivan Bravo, to Aspire Academy, a key part of Qatar’s World Cup plans. Those columns were all it took for a portion of United’s fanbase to forget the hours spent rapt by Bielsa’s detailed lectures this season, suggesting that many of us were hearing him, admiring him and boasting of him, but not really listening.

Social media reaction to the FT’s story was dominated by the opinion that, if Qatar want Leeds, they can have Leeds, and what’s more, they should have Leeds, as if the club’s 99 year existence up to now has only been a preface to the bending of a gas-rich government’s little finger. Someone started a petition demanding that Andrea Radrizzani sell to QSI; plans were drawn up by others to hound Radrizzani out of Elland Road if he ‘messed up the chance of a lifetime.’ No information, no detail, no negotiations, no other options, just a speculative headline and a dream of swapping Mbappe for Bamford.

It was a graceless rush, and more likely towards oblivion than the promised land. Even the basic outline of the story that got so many fans excited said that the things they were desperate to happen were not going to happen if this, that now simply had to happen, happened. Support for a full Qatari takeover was created from a report that said a minority stake was being discussed. A limitless transfer budget was dreamt up by snoozing through a paragraph that said money, ‘would not go towards acquiring players for Leeds United.’ A glorious future was imagined, despite detail that said Leeds might become one of a network of clubs like Genoa, designed for the Financial Fair Play benefit of PSG. If this was a dream, what would be a nightmare?

A nightmare is what Leeds fans have been living for most of the last twenty years, and that’s what’s behind the desperate clamour to accept such a desperate sounding deal. It’s understandable, after everything Leeds fans have been through since 2003, that we’ll clutch at any promise. Andrea Radrizzani has benefitted from it, delivering Elland Road from out of the clutches of Teak Trading was delivering on the empty promises of his predecessors, quickly generating contrasting goodwill even before Thomas Christiansen, Samu Saiz and Pierre-Michel Lasogga took the team top of the league; and after Peter Reid, Dennis Wise and Steve Evans, it’s little wonder that Marcelo Bielsa had us under his spell from the very first “Bueno.”

But the FT’s report didn’t even promise anything appealing, apart from a muffled echo of what too many people presume, after years away, is Leeds United’s only route back to the top of the game. If we ever want to add to the European Cup we won in 1975, the thinking goes, we have to accept the chalice that Paris Saint-Germain and Manchester City have drunk from, no matter what poison it contains. No Faustian pact, no party.

I don’t think that’s true. This season, despite every aspect of football apparently being deliberately organised to work against them, Ajax, traded on the Dutch stock exchange and sponsored by a domestic communications company, were seconds away from reaching the Champions League Final with a squad of exciting young players assembled for less than €100m, the sort of team that thrilled Elland Road all the way to the same stage in Europe at the turn of the millennium, but that isn’t believed to be possible anymore. Their place in the final went to Tottenham Hotspur, a self-financing club owned by a lifelong fan, that didn’t spend a penny on transfer fees in the last two transfer windows, relying instead, like Leeds on Bielsa, on Bielsa’s disciple Mauricio Pochettino’s ability to coach the players they have. They’ll play Liverpool, owned by Boston’s Fenway Sports Group, also operators of baseball’s Boston Red Sox and owned by an American financial trader; they beat Barcelona, a club owned by its supporters, who eventually got their wish in 2017 when their club ended its Qatar-sourced sponsorships, after Neymar’s controversial transfer to Qatar-owned PSG.

PSG and Emirates-owned Manchester City, meanwhile, despite their domestic dominance, watched the semi-finals with envy, perhaps wondering, particularly at QSI/PSG, whether their strategy is the right one after all. It’s those doubts that, it seems, have led Qatar to consider alternatives like Leeds United in the first place.

What is certain, though, is that a Gulf-ownership strategy is not the only route to football success, or a guarantee of it. There aren’t any guarantees; despite the increasing private commercialisation of football that Bielsa warns about, football is still a game played by humans with a round ball.

Even having the best head coach in the competition is no guarantee, as Leeds discovered last season, and in the same speech Bielsa cited football’s commercialisation as a factor in Pep Guardiola’s brilliance; it takes an exceptional coach, he said, to “unite both things — beauty and results.” Guardiola, though, is an anomaly, almost a freak, and it will be interesting to see for long Manchester City’s owners in Abu Dhabi will accept beauty without the Champions League trophy; unless the fans crack first.

“When a team doesn’t get what it deserves,” said Bielsa, perhaps foreshadowing his own team’s end to the season, “sooner or later the fans banish the lack of results. The lack of tolerance regarding the lack of results is greater than the lack of tolerance when the style is not beautiful” — meaning, in other words, fans lose patience with results whether the style is beautiful or not. “The fans that do tolerate are more willing to wait for the beauty of the game when they have the results” — results first, beauty second. And those attitudes are driven by results-orientated commercial ownership, says Bielsa, and it’s ruining the game, because while results are important, what is football if it is not also beautiful?

So says Marcelo Bielsa, anyway. And he’s been saying that sort of thing all season, and for a long time before that; his entire career, with its record of lots of exhilarating football but few trophies, has been an illustration of that belief. The digital adverts that quickly appeared around Leeds city centre this week, promising season two ‘with Marcelo Bielsa’, as if he’s a Hollywood superstar deigning to continue in our low-rating sitcom — which he sort of is — are reassuring up to a point; almost every Leeds fan felt Bielsa had to stay. But what they’re promising is more of Bielsa’s career-long battle for his style against results, his fight for his belief that one day beauty will win, and that winning isn’t worth it without it.

That’s what we’re signed up for with Marcelo Bielsa, and last season it restored many fans’ faith in football after years when the activity on Elland Road’s pitch hardly deserved the name. That it was ultimately unsuccessful, in terms of delivering promotion, might also be part of the theological lesson, forcing us to reevaluate what’s so important to us about believing in Leeds United Football Club. If we’re so desperate for success, why were we also so desperate for Marcelo Bielsa to stay, with his warning that the commercial drivers behind elite football will ruin the game we love, leaving a miserable legacy for our children, no longer a beautiful distraction from a world that climate change will be destroying around them?

“We are destroying football,” says Bielsa, “and in the future we will see the negative effects of this. And those who have power are responsible for it.