Memories are fragmented but I know I couldn’t see the pitch. My dad on his first visit to Elland Road arrived at five to three and got us in to the very back of the away end. Leeds fans sang ‘Chivers is a jelly’ to insult their two-goal scorer. But most of all, I remember being buffeted and slightly terrified by a bunch of Londoners in flares and platform shoes exuberantly celebrating a rare victory in West Yorkshire. Not an everyday experience for an eight-year-old son of Indian immigrants living in Bradford.

Logically, I should have been put off football, and yet I was intoxicated by the whole experience and the relationship (affliction?) has lasted almost fifty years and counting since that day. Despite the ups and downs, the obsession has been growing bizarrely more extreme as the years pass by.

In the first few years, it was a few home games every season. Arrive early (lesson learned!), with a small stool carried by my dad so that I could see over the wall at the front of the Kop. The memories remain vivid from these games. Billy Bremner hanging on the inside of net after scoring against Wolves in the ‘74 title season just yards away from me, the defeat at home to Bristol City and Don Gillies in the 1975 FA Cup, and maybe the best one of all, watching from the West Stand Paddock when we beat Barcelona in the European Cup semi-final first leg. Of course, this led to anticipation for the final and my excitement ran out of control when our next door neighbour promised to take me along with him. Inevitably I was let down the day before the game, maybe not surprisingly as taking an eleven-year-old neighbour to Paris for the European Cup Final wouldn’t be high on my list of priorities if I was a guy in my mid-twenties!

Eventually, it started to occur to me that I never saw anyone at these games who was black or brown, but my love of the whole experience meant I never really worried about it or even gave it too much thought. Back then, casual racism at school or elsewhere was all we knew and if someone made a comment, I can’t say it even registered. That was our world and we rolled with it. 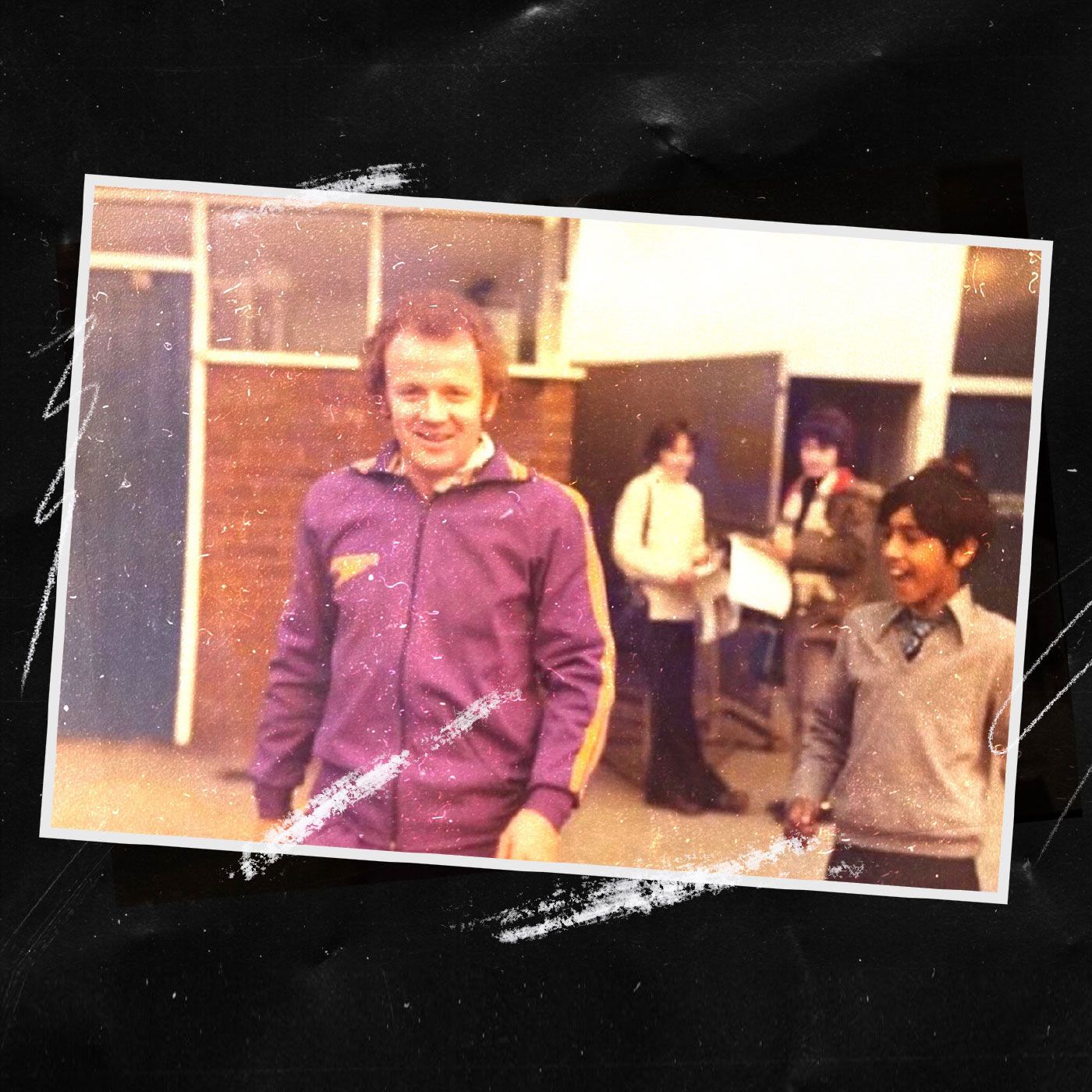 I loved going to games and by the time we got relegated in 1982 I was going to every home game alone on the Wallace Arnold ‘football special’ from Bradford Interchange. It is quickly forgotten how football (and watching Leeds) was rapidly becoming an almost deviant activity. Hooliganism had taken root and skirmishes both in and outside grounds were commonplace. The violence both scared me and thrilled me. I didn’t want to be involved but I loved seeing it happen, and even though that may seem embarrassing to admit now, I think many people in their teens at that time would admit to that.

The first time the colour of my skin and watching Leeds United started becoming an issue was in that period, in the early 1980s. Just after exiting the pedestrian tunnel and walking towards the Kop, I started to see the National Front guys selling their ‘newspapers’. Green bomber jackets, shaved heads and Dr. Martens was the regulation look. Generally I would walk by, eyes down, but occasionally they would shout something in my direction. A couple of times, when accompanied by others, it was a big joke to pretend to buy one of their rags, without getting too close of course! That was the way to fit-in and deal with the increasingly open racism on display.

The sporadic racist chanting, which always felt like it came from a minority, was uncomfortable but I lived with it. Though one incident did stick. After one of those bleak midweek games around 1983, a regular looking teenage Leeds fan pointed at me and shouted, “They let anyone in here now”. It was said to impress his mates who roared with laughter. But this time it stung. Maybe it was the feeling of being humiliated by fellow Leeds fans with whom I thought I shared some degree of kinship. No one said anything. I thanked god for the arrival of Terry Connor. Now surely I wouldn’t have to endure this kind of incident again, and mainly that was the case. I kept going but was just a little more wary.

By 1984, I was at medical school in Leicester and now the away games started to become part of life. Games in the Midlands and London were easy. A small crew of Leeds fans were discovered at uni and Eddie Gray’s team of Sheridan et al became fun to follow around the country. In 1985 I even inflicted Oldham and Fulham, both away, on my then girlfriend (and now wife). She didn’t seem overly impressed by a very nice Tommy Wright brace at Craven Cottage.

Nick Hornby wrote in Fever Pitch how he resented newcomers experiencing the good times at Arsenal, particularly when they won the league at Anfield with almost the last kick of the 1989 season. You had to earn it. I worked that out before he did! I couldn’t watch games with anyone who hadn’t suffered the misery that I and many of my Leeds watching fraternity had. So despite 25 years married, she never went again.

1985 brought another real low. A late Scott Sellars winner at Maine Road meant we knew it might be dangerous outside. Four of us, not wearing colours, found ourselves looking obviously lost in the labyrinth of narrow streets outside the ground. City fans were standing in the doorways of terraced houses looking for Leeds fans and in the blink of an eye, we were running, chased (by how many, I have no idea) and eventually cornered. I braced for the inevitable flurry of kicks and punches but remarkably very few came and I was left just minimally bloodied (with a “Fucking Paki” shout ringing in my ears for good measure). I got up, wandered to a burger van to ask for some tissues to clean up and got told, “Your jacket’s ripped, mate”. Further inspection revealed an approximately eighteen inch Stanley knife slash to the back of my thick leather jacket and a corresponding scratch to my back that was no worse than if it had been done by a fingernail. A lucky escape and, with hindsight, an explanation for why my beating had been so minimal.

The subsequent couple of years brought mainly heartache but an intense period of watching games both home and away. Anyone who was at St. Andrew’s for the 1987 play-off final replay with Charlton will remember the intense high that came with Sheridan’s fabulous free-kick in extra-time. Like Sheridan himself (watch the video!), we were out of our minds with the thought of Old Trafford and Anfield being only seven minutes away. But Peter Shirtliff shattered that dream. Bizarrely, the game ended with a furious Nobby Stiles (sitting directly in front of us and supporting his son, John) pointing to the 200 Charlton fans and contrasting that with the almost 16,000 Leeds fans that were there that night.

By the time my own ‘glory years’ of 89-93 came along, it was home and away to most games. A fabulous time that coincided with starting work and being able to afford a West Stand season ticket. That proximity to the players that most of us crave came along by chance after I bailed out Gary Mabbutt, a well-known diabetic, while working in the Royal Liverpool A&E. He had left his insulin in London and was panicking until I spotted him in reception, recognised him and had him out of there in five minutes with his supplies! My reward was tickets for the Spurs game later that season (a terrible 0-0 draw in which Chappy ripped up his face on the running track) with player’s lounge passes. It was great to chat with Gary Speed and Peter Haddock in particular (who described his former manager at Newcastle, Kevin Keegan, as “an absolute c–t!!”). 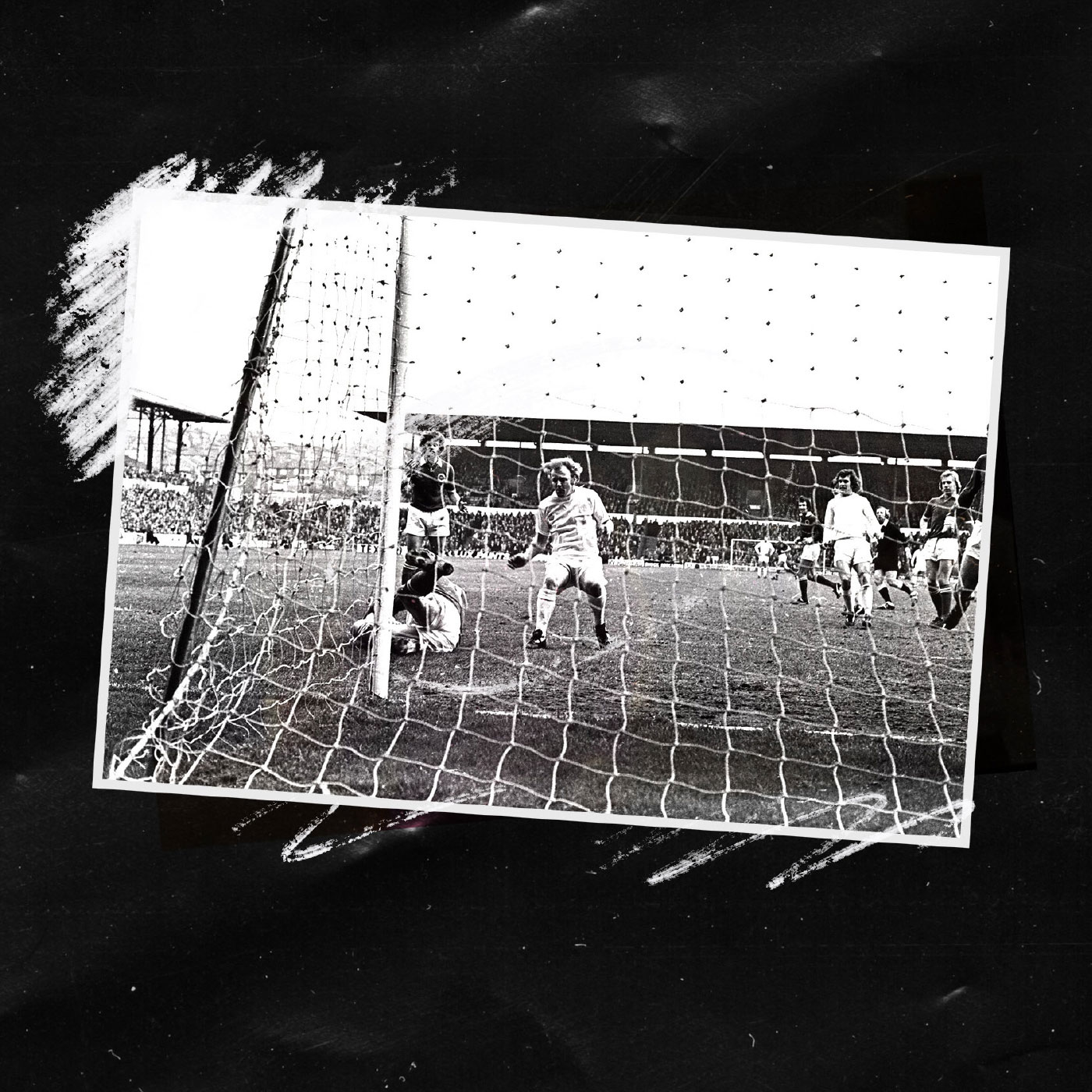 She didn’t seem impressed by a nice Tommy Wright brace

By now, the ambience around football was becoming much more comfortable from the racism perspective. Chris Kamara, Chris Fairclough, Chris Whyte, Rod Wallace and others helped for sure. It felt better and I thought any fellow fan shouting abuse at me would surely see how ridiculous that would be? Generally, Italia 90 (where an Irish fan thought I just had a very good tan!), post-Hillsborough stadium upgrades, the back-pass rule and crowds that started to become a little more diverse made football almost fashionable.

By the end of the 1990s, opportunity took us to Vancouver, Canada and leaving the UK happened right in the middle of the Champions League run to the semi-final. I had negotiated a one week trip back to Europe for the final with my other half just before we were knocked out by Valencia. The minor consolation was the saving of a big chunk of cash! Now it’s two or three transatlantic trips per season with my grown up and Leeds-indoctrinated kids who managed to be with me at the recent 3-2 comeback at Villa and the crazy 5-4 at Birmingham. If only they knew of the amount of suffering that truly entitles you to properly enjoy those kinds of wins!

I look at social media now and see the diverse following we have and it seems a million miles from 1982 and being offered The Bulldog magazine by the NF rag sellers. It was a dark time but it was still Leeds and I still loved it. Racism hasn’t gone but the club is viewed positively around the world and has made huge strides. The eight-year-old brown or black kid can go to Elland Road and not feel alone. Today, it seems, we are actually Marching on Together.

For me, the intensity of feelings have probably increased over the years and even though I am not there for every game, it is still the highlight of my week. The anticipation is fuelled by global WhatsApp chats with fellow fans who grew up in and around Leeds and remain as committed as ever, whether now in the UK, Australia, New Zealand or even here in Canada. Add in my new found interest in 90s match-worn jerseys and it all remains as intoxicating as ever. ◉

While Wolves took a bite out of us, we’re looking to an even fiercer creature to improve the Premier League. We look ahead to visiting an in form Villa, if only to settle some petty grievances. Our podcast is proudly brought to you with Levi Solicitors. To claim a 10% discount on your legal fees, […] 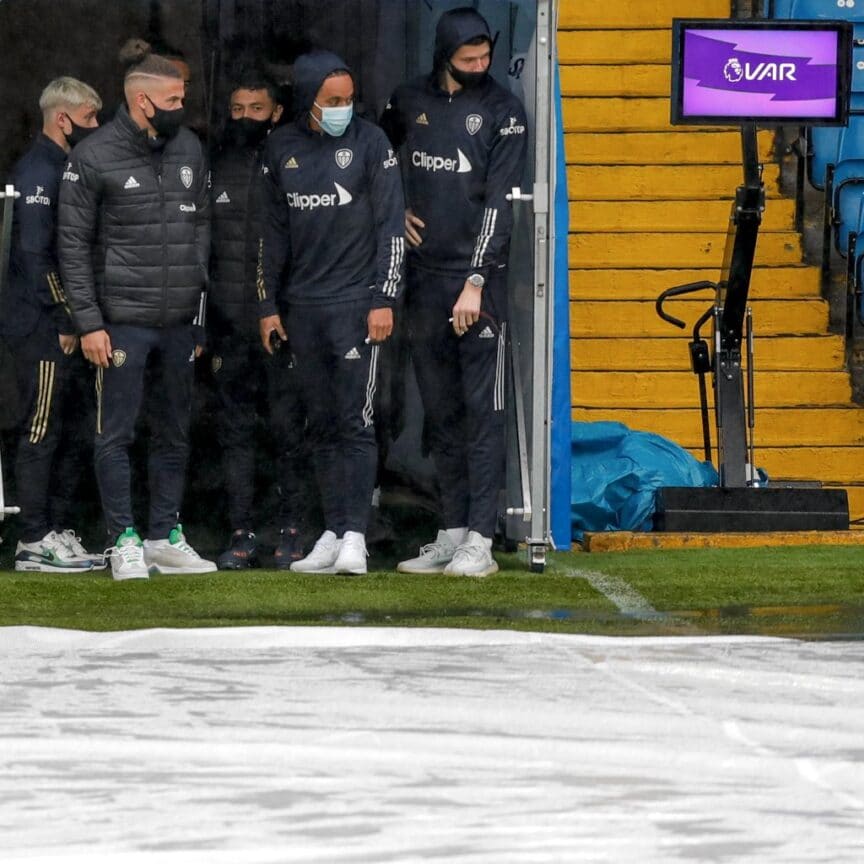