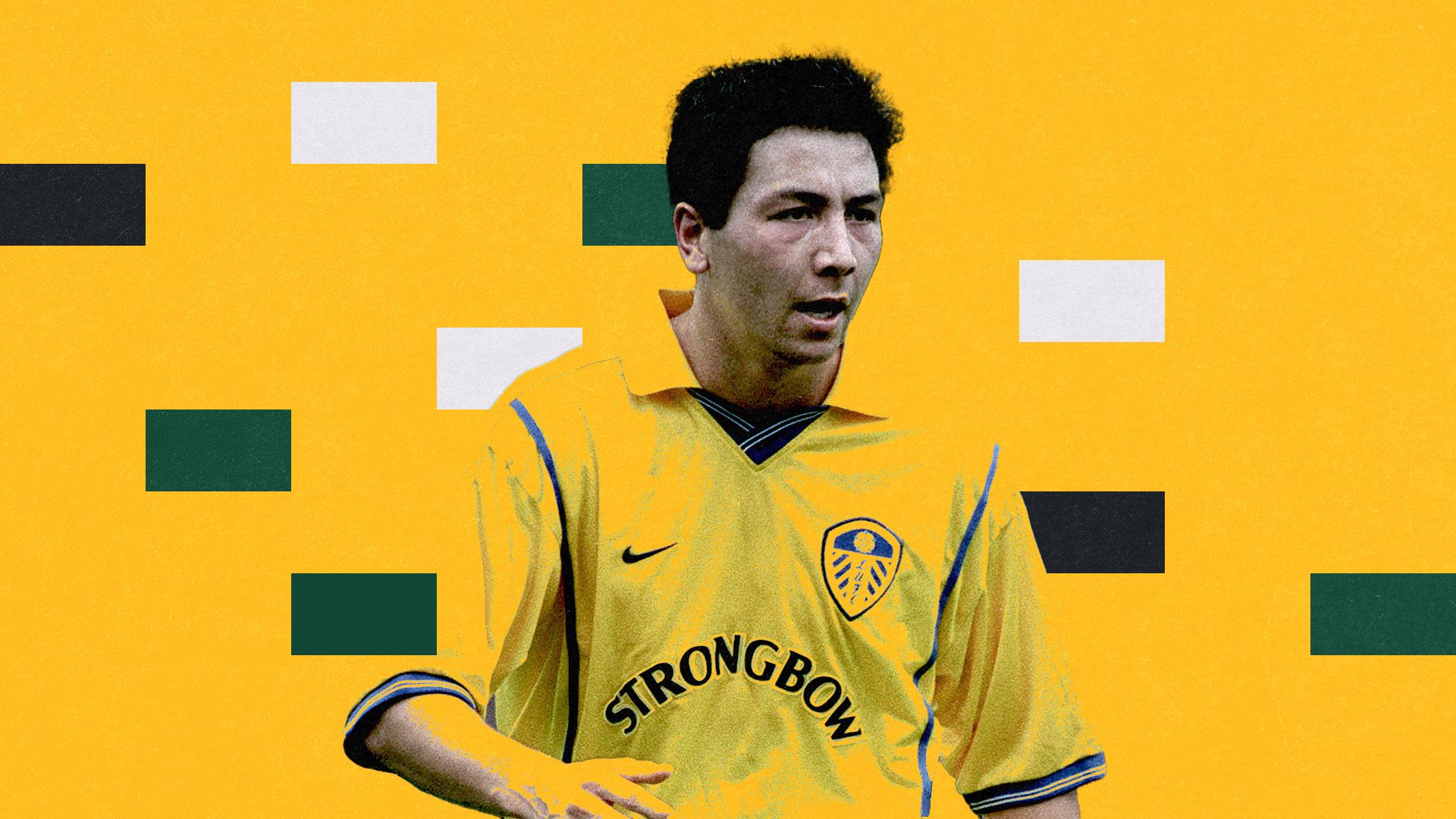 David O’Leary’s constant complaint in 2000 was that his Leeds United squad didn’t have the strength of, say, Liverpool, who he reckoned had two top quality Premiership elevens to pick from. Peter Ridsdale was still in ‘fiscal responsibility to shareholders’ mode, so O’Leary had to settle for fleshing out his reserves from a far-off, low cost source. The new third choice goalkeeper was an Australian signed from Perth Glory, Danny Milosevic; the same club provided a centre-half from New Zealand, Danny Hay. Jacob Burns, a midfielder, came from Sydney’s Parramatta Power. Three positions all covered for just over half a million quid plus air fare, and they could be company for Mark Viduka and Harry Kewell, too. Although when Leeds Leeds Leeds magazine brought the Aussie contingent together for a themed photoshoot after training, friendly ol’ Kewell decided to go home instead. Burns was first to it, quietly photogenic, ready to tell readers the best thing about Australia was ‘everything’.

The concept behind the transfers was sound: cheap, well educated young players who could start by making up numbers in the reserves, then hopefully thrive at Thorp Arch to become either useful squad members or be sold for a profit. But the injury crisis at the start of 2000/01 season, just weeks after they arrived, accelerated their involvement and sent O’Leary back to Ridsdale’s door for more chats about transfers and quality.

It’s now known as the Champions League season, but in October 2000 the idea of the semi-finals was like a fever dream. The Leeds side that lost 3-0 at Old Trafford in the Premiership is a weird mashup of timelines, like the white shirt blue shorts kit they wore: Nigel Martyn was injured so Paul Robinson was in goal, with Milosevic on the bench; everyone else was injured too so Danny Hay played in defence and Jacob Burns was in midfield alongside Matthew Jones and Stephen McPhail. Mark Viduka and Alan Smith were up front, but the latter was replaced late on by Darren Huckerby. It doesn’t look like a team one month away from breaking the world record transfer fee for a defender, for Rio Ferdinand.

That was one way of telling Danny Hay he wasn’t going to make it with us. Jacob Burns got more of a chance while O’Leary waited for David Batty to come back to fitness, so just a couple of months after coming for a summer trial, Burns was being relied on in the Champions League. He started in the first Group Stage in a 0-0 draw at Besiktas, and replaced Olivier Dacourt for the closing stages of the 1-1 draw with Barcelona at Elland Road. In the second group stage he started in the 2-0 home defeat by Real Madrid, then in the dead rubber fun of a 3-3 draw at home with Lazio. In the Premiership, he was most famously in midfield for the Viduka 4-3 Liverpool game, securing his place — and Hay’s, who replaced Jonathan Woodgate early on — in Leeds history for as long as that match gets replayed.

Apart from a couple of starts under ex-Australia boss Terry Venables, it was back to the reserves for Burns after that, so it’s tough to say much more about what sort of player he was apart from ‘midfielder’. At the end of his first season, an unflattering Opta Stats guide listed his passing accuracy as 50.5% (Batty: 79%, Dacourt: 71.6%) but his subsequent career suggests that was the wrong stat to focus on. He had other qualities that would have appealed to Leeds fans, if we’d seen him more often. In three seasons at Barnsley he acquired the captaincy, 22 yellow cards and one red, in 101 matches. At Wisla Krakow, back in European competition in the UEFA Cup, five yellows and one red came in 25 games; manager and ex-Chelsea player Dan Petruscu took him to Romania, where they won the league with Unirea Urziceni, and Burnsy got seven yellows in 24 games.

All that was the prelude to 116 games for Perth Glory, plus the captaincy, runners up spot (but player of the match) in the A-League Grand Final, 41 yellow cards and two reds, and several photos of him going head to head with the maniac to end them all, Kevin Muscat. The point is, the lad loved a tackle and a scrap. This fan tribute video sets photos of him being booked to Coldplay’s ‘Yellow’. In 2012 The Football Sack website published the most complete guide I’ve found to his playing style, The Jacob Burns Drinking Game. Events to sip along to include ‘twisting an ear/nipple of another player’, tackling a teammate, fixing his side parting, getting booked inside ten minutes and drawing blood. The biggest drink is reserved for when he makes it through a match without seeing yellow — ‘the apocalypse is coming’ — while the commentator saying ‘Burns is not that type of player’ rates a single shot.

Maybe we should have played him next to Batty instead of Dacourt.

I don’t know anyone else with a Romanian League Championship medal, do you? And for all that his time at Leeds fizzled out, you can’t argue with the achievement represented in the photos of him in a gleaming white Leeds/Nike/Strongbow shirt, with the Champions League logo on the sleeves. Also, lest I leave you with the impression he was only a clogger, here’s a couple of netbusters in short order against Perth’s big rivals, Adelaide, as Burns goes lapping up the home crowd boos:

WHERE IS HE NOW?

After retiring from playing in 2014, he stayed on at Perth Glory for six more years, working as academy coach and director and later as football director. LinkedIn says he is now a consultant, and he has a reassuringly chill Twitter account that shouts out Leeds from time to time (he was invested in us staying up in 2022). If you want a video shout-out from Jacob, this Cameo-style website can make that happen for AUS$750 (about £450). ⬢