One gain from empty stadiums is the broadcast sound, the boot on the ball to the post and the net. And occasionally the scream, when Rodrigo headed over against West Ham.

There could and should be more of it while channels innovate through the pandemic. Some used to have the option of switching commentary off, leaving crowd noise on. At the moment commentary is ubiquitous and the choice is about background, between fake cheering or not. Think of all the problems that could be solved if the pundits were turned down and the empty stadium sound turned up, so that when Alioski shoots, the ping off the post sounds as close as if it was your own head banging. 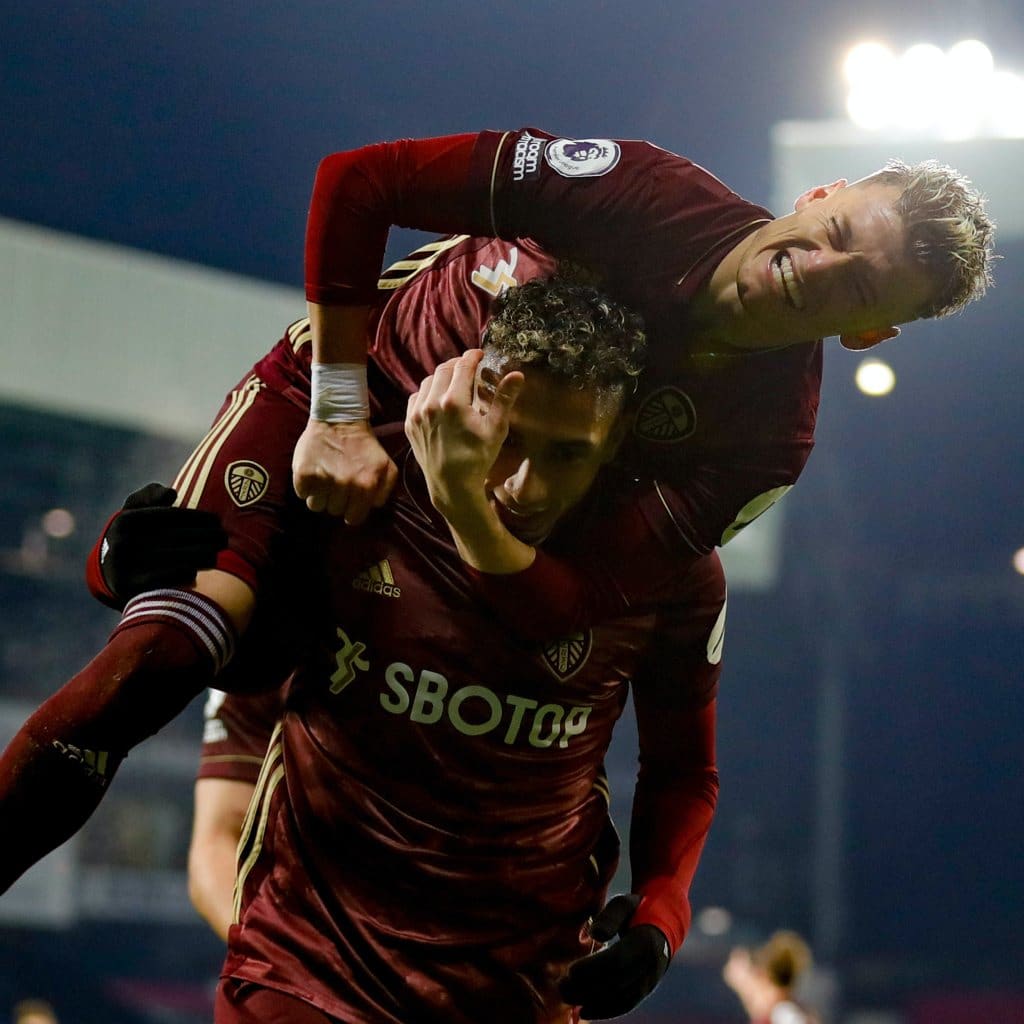 We can’t be there, but watching Leeds United is still immersive when they’re in this form, thrilling and entrancing, like countryside seen from a hill, making you forget the world.

One of those goals even came in a mortifying defeat to a bitter rival in an eagerly anticipated match we’d long since lost, but awful as Old Trafford was, Leeds couldn’t let it be. There had to be something there for us, and Dallas had the gift. It’s Christmas, a weird Christmas, of illness and isolation, of cancelled get-togethers compounding months of loneliness just when dark mornings are meeting their least effective vaccine, a fridge full of booze. Step forward Leeds United, sharing a goal each from Santa who didn’t come, Mrs Claus, the elves, and all the reindeer too.

Since Alex Mowatt’s week of burning feet in 2015, setting fire to the top corners of Cardiff and Huddersfield with only hours rest between, I can’t remember such a rat-a-tat-tat of Super Leeds netbusters.

Maybe the only comparison is the few weeks before the coronavirus lockdown in March, when Tyler Roberts scored a tender diving header, then made and finished a goal of team-moving glory at Hull, before Luke Ayling’s superbike strike defeated Huddersfield in our fifth successive win in 21 days, when nine were scored, and none conceded. 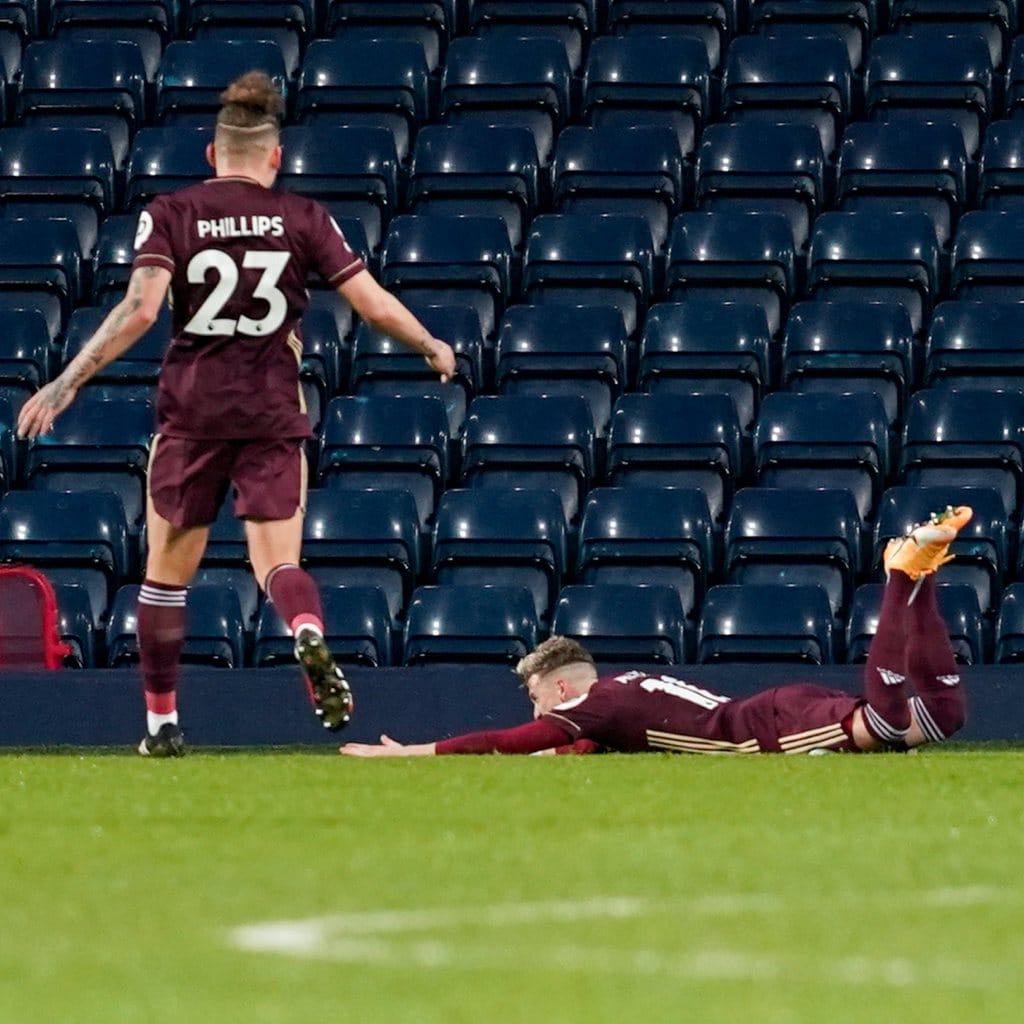 There might be some unhappy poetry in Leeds repeating that hot streak now, just as the leagues are worrying themselves into another suspension. It feels daily more necessary, both to halt the ad-hoc postponements while cases are increasing across clubs, and to underline the renewed seriousness of the national situation. Back in March, Covid-19 felt like a foreign abstraction until Mikel Arteta tested positive and the weekend’s football was cancelled; lockdown was never as real before or since. The game came back to help the nation’s mood, but we’ve become so used to empty stadiums and 6pm kick-offs and soccer being its mollifying old self again that it’s obscuring the grip even new-normal is losing out in the world. The round ball is reassuring, but we might only see things for what they are when football stops playing.

Sam Allardyce thinks we should stop playing but he only wants to save himself. Preventing the spread of a savage infection through the population is secondary to his observation that he’s 66 years old and doesn’t want to catch anything. The easiest way of achieving his personal aim might be to resign from managing West Bromwich Albion and go home and stay there.

Among the less attended of the recent weak takes on Leeds was Glenn Hoddle’s concern that Marcelo Bielsa, working with year-to-year contracts, will not be giving enough attention to the club’s long-term future and will soon leave Leeds in the lurch.

Like Sean Dyche and his “results business”, this says more about the observer than the observed. “At first team level you have to win,” Dyche once said. “Or at least win enough, or else you’re out.” And that’s the crux. It’s a results business because Dyche is in the business of keeping his job, come what may. And Hoddle is anxious about Bielsa’s behaviour because all he sees is the contract, not the coach. They worry, for Leeds, in case Bielsa is as selfish as they are.

Which brings us back to Allardyce at West Brom. As the cameras kept cutting to his wine breath pissing in the ears of the fourth official in the second half, I wondered what is in this for him. Isn’t there anything he’d rather be doing before standing in the cold Midlands, presiding over defeat, risking Covid-19 and shouting at a stranger? It sounds like he might already be starting to think so.

All you could say in defence of his Baggies was that he and Sammy Lee have not had much time to work with the players, but I doubt that thought was uppermost while he was crowing over the draw at Anfield. Against Leeds, West Brom had nothing and did nothing, and Allardyce might have achieved as much by phoning through a message from home, ‘Tell them to try defending more’, and collecting his wages in the warm.

West Brom defended in numbers but without wit. Forget that an outrageous own goal started the scoring: it was coming, one way or another. A remarkable feature of the match was how, with everyone except Illan Meslier in West Brom’s half, and him not so far away, Leeds still had all the space they needed to do everything they wanted. 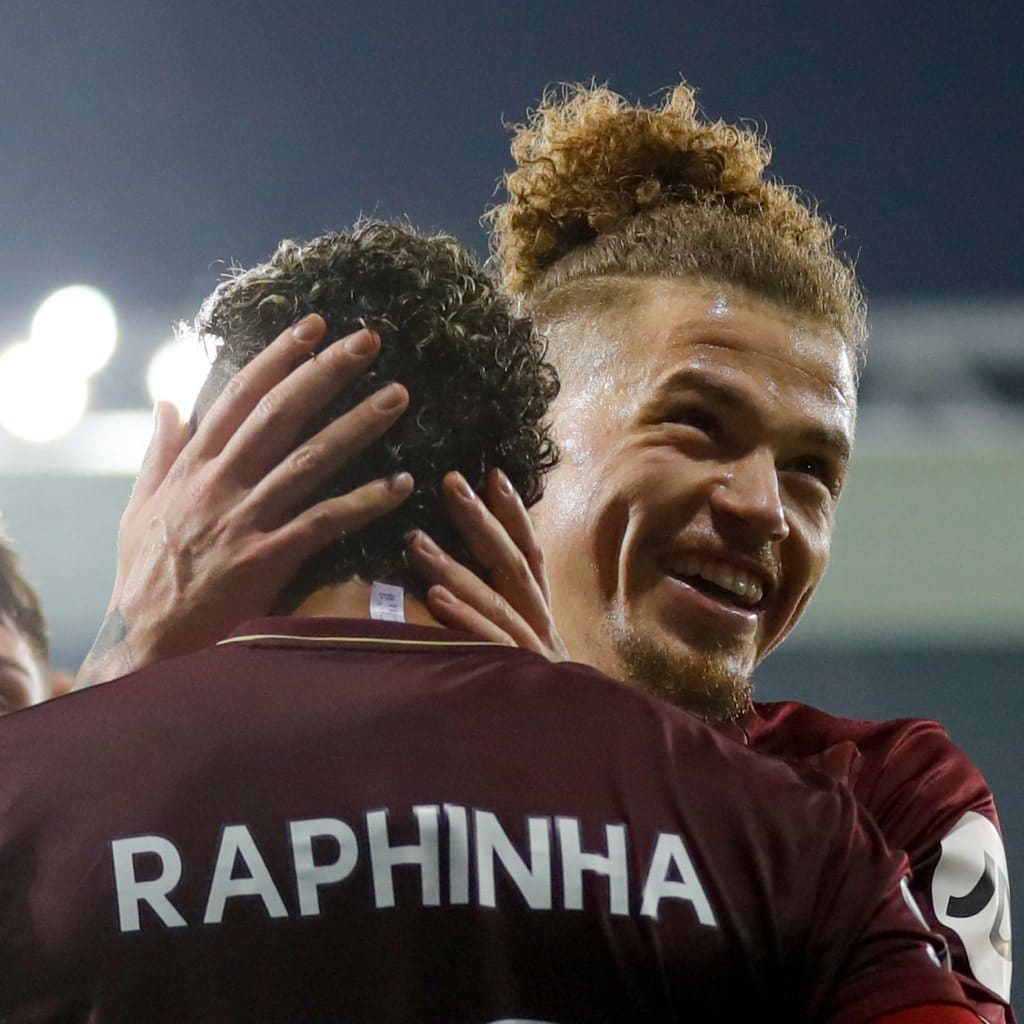 Alioski’s hot shot and Rodrigo’s deflected strike felt fresh. Like Meslier coming for crosses now, this glut of long hits feels like a deliberate product of thought. There was a little period, after the dizzy opening weeks, when space closed around United’s attackers and, unable to pass into the penalty area, the goals were squeezed out of them. Lately they’ve tried shooting through the penalty area more, with stunning results. And with the lead established by Alioski’s pinger and the game opening up, now they could find space for a Bamford one-two, sending Harrison for a twist and shoot from the penalty spot to the top corner.

After half-time West Brom did the minimum to reduce the amount of bilious grousing they’ll have to endure in training, and Leeds got a bit impatient, testing Meslier themselves with some barely conscious backpasses. We didn’t get a flood of second half goals, but we did get the Strid at full power, Raphinha scoring with the roar of a river through a gorge. His footwork opened West Brom’s defence like a vista over moors; the noise of the ball in the net was as pure and monstrous as a kestrel snatching a rat.

Listen. You love to hear it. Leeds United are playing football as nature intended. It’s this disturbance we wish for, while hoping for a peaceful new year. ◉