Pablo Hernandez is the ultimate enigma. Quiet, unimposing, seemingly shy, and yet, unquestionably, a giant. Capable of the impossible with a ball at his feet, but rarely seen or heard from away from the field of play.

We’re often left wondering who the man behind the magic really is, clear in the knowledge that we’ll never find out. Other players are happy plastering their lives over social media, opening books in a career that was once renowned for its secrecy, but not this man. He walks onto the pitch, dominates, shocks, inspires, walks off. Nothing else. Understandable, then, that we simply call him El Mago. The Magician. 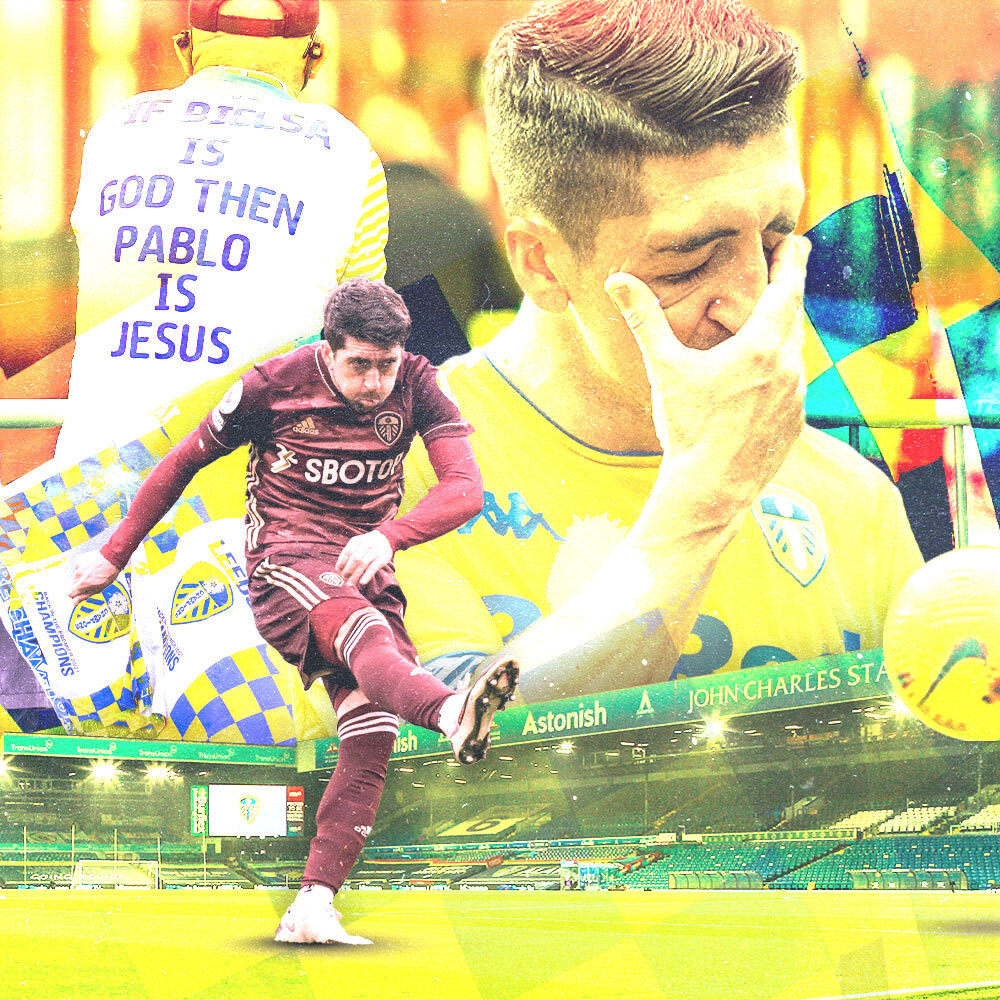 Along with Marcelo Bielsa, many point to Pablo as Leeds United’s most important signing since relegation in 2004. When confidence in the club was at an all time low, Hernandez brought brilliance to a side desperately in need of inspiration. Throughout the Monk, Christiansen, and Heckingbottom eras he became the de-facto leader of the team in his own, silent, way: dragging inspiration out of dogged pitches and stubborn stalemates, refusing to be bogged down in the mediocrity of mid-table Championship football. With the arrival of El Loco, the reins were relinquished, and El Mago became more magic than we’d ever thought possible. “I think he can make me a better head coach,” said Bielsa. “He does all of this without speaking. Without saying a word.”

What else could it be but magic?

So much of Leeds United’s recent history is dominated by these two men that it’s hard not to draw comparisons between them. Both are modest despite their obvious brilliance, both are quiet and unassuming, both are content proving their worth through actions rather than words, and both were too good for the level at which they found themselves together. Perhaps it all seemed too perfect. Pablo found a coach who allowed him to unleash the full extent of his influence on a game, Bielsa found a player who seemed to instinctively understand his philosophy, and Leeds were gifted a partnership that finally allowed the club to reach the potential it had so long promised but never achieved.

But behind it all, slowly curling like the finger of a cursed monkey’s paw, is the unavoidable reality that, one day, we will have to say goodbye to both of them.

That reality came roaring into existence on transfer deadline day when it became public knowledge that CD Castellon, the Spanish team Pablo part-owns, had requested his transfer from Leeds. Pablo being part-owner, it’s more than likely he both knew about the transfer request and was part of the proceedings. After limited opportunities this season, and whispers of a short-lived conflict between him and Bielsa, it seems like Pablo was testing the waters for a move. Thankfully for the collective sanity of the fanbase, Leeds were firm: for now, Hernandez is staying in Yorkshire. But it seems inevitable that Pablo plans to play out the twilight of his career in his hometown, and it seems inevitable that we will soon be waving goodbye to the man who scored that goal and led that celebration, turning every supporter into a blubbering wreck, and Bryn Law into a South American comentarista. At least, given the reasons behind his desire for pastures old, it won’t be as a result of some messy fall-out between Hernandez and the club, but his exit will still hurt.

It’ll hurt for a variety of reasons. Firstly because, well, it’s Pablo. He’s a player you’d watch forever, and despite his lack of involvement this year, you half-expect him to stick around for the foreseeable to have another crack at the top-flight; coming on in every other game or so to throw out a bit of wizardry just for the sake of it. Any other reality makes no sense. Leeds without Pablo would be like Christmas dinner without Yorkshire puddings. Sure, you’d still enjoy it, but you’d always be thinking about what you were missing.

Secondly, because it looks more and more likely that, before he goes, we won’t get back inside Elland Road to see him tread that pitch in person again, and that doesn’t feel right. After seeing him broken and defeated, sinking to the ground after the pain of Derby, and accepting the muted, isolated joy of his winner in Wales, we seriously don’t get to experience Premier League Pablo? After all he’s done, he doesn’t get one more fully-packed Elland Road singing his name? We don’t get to send him off like the hero he is? That, my friends, is just not fair.

The worst thing about it all is not just the loss of a great player, but the reminder that relationships like this can’t last forever. People like Pablo who come to this club, from wherever it is they build people like him, and change it so significantly, will always ride off into the sunset at some point. They have lives outside Leeds United and, as much as we want them to, they can’t be expected to remain here indefinitely when their friends, families, and futures lie elsewhere. It’s the eternal curse of football fans and pet owners alike that we build connections with those who will, one day, leave us. To paraphrase a great substitute teacher, “It’s the life of a footballer. Today he wears white, tomorrow he’s in black, or stripes, or God knows what.” And, depressingly, the same goes for coaches. No, don’t think about it — it isn’t worth the pain.

The best thing we can do is appreciate these individuals to their fullest, savour the good times, and convince ourselves that the day will never come when we have to say goodbye. Try as I might, I can’t think of any other way to deal with it. ◉