Andrea Radrizzani and Angus Kinnear must have watched the recent rumours about Jürgen Klopp quitting Liverpool with great interest. Boiled down, the story amounted to this: a widely-respected foreign manager at a reawakened giant was reportedly ready to quit the team he helped win the league as a result of pressure inflicted by the pandemic and not being able to see his loved ones, compounded by a poor run of results. It may have turned out to be a lot of hot air but, apart from the dip in form, it was a story that could have easily applied to Marcelo Bielsa. 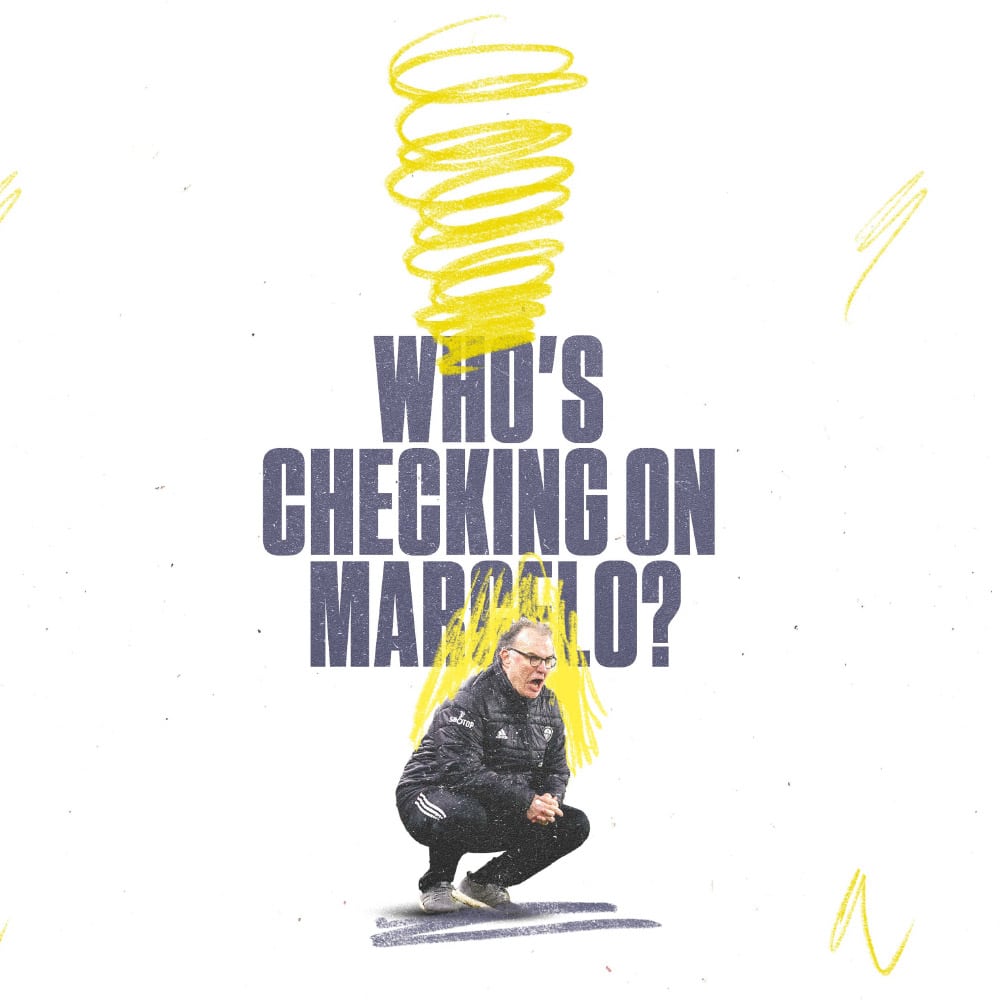 I think about what the great man thinks about when he’s walking, headphones in, backpack on

We know El Loco has a reputation of spending time apart from his wife Laura, an architect he met back in the early 1980s, and his two grown-up daughters. From accounts, they spend a few months with each other at a time, then separate to focus on their work. But it’s one thing to choose to be apart and another to be forced to. The shortened summer break last year and Premier League pre-season demands kept Bielsa isolated from the people he loves the most. And while we hope our beloved Bielsa hasn’t suffered family tragedy at the hands of coronavirus, I doubt he’d tell us fans anyway. He’s a private man and particular about these things.

In the press conference designed to quell the resignation rumours, Klopp talked about the ‘energy and these kinds of things’ that friends and family bring, and he hasn’t been the only one missing his dearest. Nuno Espirito Santo expressed similar feelings recently, while Germany coach Joachim Low and Fat Frank Lampard have called on fans to give players — some of whom have been targeted on social media — a pass for performances that might not be up to their usual standard. Even Big Sam Allardyce, not normally one for baring his soul, said, “I’m 66 and the last thing I need to do is catch Covid.”

Bielsa, for the record, is 65 years old, and I don’t mind saying that I worry about him: the company he keeps, the food he eats (when not at Sant Angelo in Wetherby), where his mind is at and where it is going. This piece actually began as a pitch about what happens when our beautiful madman passes from this planet into the next realm. I was rightly talked down from penning that but it gives a sense of where my mind is.

Because while other managers are creaking at the seams, Marcelo Bielsa is making the potentially shaky — namely our Premier League status — unbreakable. Leeds, remarkably, are a handful of points away from a second consecutive season in the Premier League and no one is at all surprised, certainly not us fans. The top half finish that started, six months ago, as a faint hope has solidified into a concrete expectation. Only narrow 1-0 losses to defensively minded teams from the Midlands have prevented it becoming a mathematical reality already.

The manner in which they have done so has been lively but arguably pragmatic, built on a diet of wins against teams lacking form in that turgid middle section of the league. In spite of all the injuries and positional changes, Leeds feel robust. Bielsa, in spite of all the chaos in the UK right now, is our unmoving foundation. But is he the managerial metronome his exterior implies?

I’ve found myself wondering more about the answer to this during the last twelve months as viruses and variants have tested people’s happiness and mental health. The affection I have for Bielsa, already strong from play-off defeats and Homeric Powerpoint presentations, has without question deepened. And so I think about what the great man thinks about when he’s walking, headphones in, backpack on, to and from Thorp Arch; what he mulls over in his top floor flat in Wetherby; whether he gets stressed and lonely and bored of chatting on Zoom like the rest of us; and, more than all else, who he turns to when those blips occur.

How Bielsa copes has become a source of great fascination, beyond just me. Argentine news website NewsBae recently wrote a long piece about the family of what it called ‘one of the most hermetic characters in world football’. Over 2,500 words, the article charts how he met Laura, the supportive texts he shares with his two daughters, and the help he gets from them with managing the many requests for letters, photos and the like. Last year Argentinian newspaper Perfil noted that Bielsa’s family were ‘his most beloved team’ and, reading about them, it is not hard to see the importance of this trio of strong women. That they weren’t able to visit throughout the pandemic must have been a huge mental drain.

The only glimpse we’ve had into the effect of this annus terriblis on Bielsa was in the post promotion press conference, when he paid tribute to those who helped his team become champions. Special mention was given to Vera, the local woman who left a container with ‘very tasty soup’ outside his door each week. The food was one thing but it was the thought that made it noteworthy. ‘It’s linked with emotion and it’s a big contribution’, he said. Even as someone overcome with admirers and praise, Bielsa could see a kind gesture a mile off. 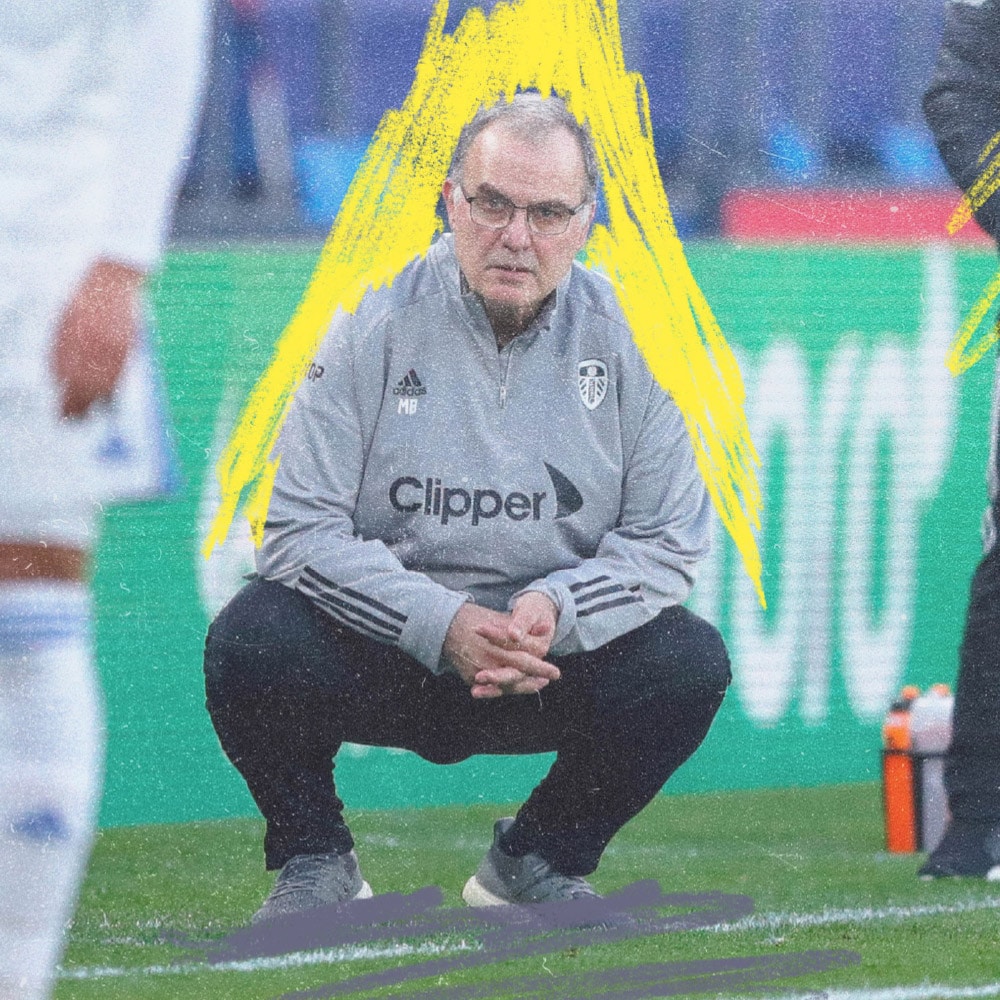 Even if he hasn’t been personally affected by the pandemic, Bielsa must have been drained by what he has seen around him in the city, in the country and at his employer. The spectre of job cuts at Elland Road, the untimely deaths of clubs legends and the sad passing of Kalvin Phillips’ Granny Val; these have all been events with potential to unsteady the ship. Bielsa, as the man charting the course, will have been aware of the need to be sensitive and respectful and, knowing him, to put his own feelings on the backburner.

Luckily, for him and for us, winning promotion can help in ways that we can’t always predict. That his team — our team — went on that beautiful and brilliant run straight after lockdown changed a lot. Yes, it sent us up as champions, but it would’ve been a shot in the arm for Bielsa, too. If you ask me, if we hadn’t gone up, it would have been hard for Marcelo to steel himself for another tilt at the Championship title. Not without seeing his family or friends in between, those people who, in his own words, ‘share the stress I feel on the pitch’. That would’ve been a bridge too far even for El Loco.

The club was his support bubble while his closest ones watched from Argentina and, to a lesser or greater degree, that’s why he’s still the manager. But the Leeds hierarchy must be aware of their most prized asset’s feelings and frame of mind. In corporate terms, Bielsa’s departure is a huge risk, something to mitigate at all costs. And while he has given hints that he will sign a contract extension in the summer, he has done crazier things in his time than not putting pen to paper this summer. I, probably like most of you, only hope his stamina for the thrill of the Premier League matches the boundless energy of his so-called ‘burnt-out’ players. ◉