Listen, the way I see it, right, it’s unsustainable. You know what I mean?

It’s all well and good going out in the Championship and playing that way every week, but this is the Premier League. The coaches here, the players, it just isn’t going to work. You know what I mean? I mean, how many teams have had any success here playing football like Bielsa? 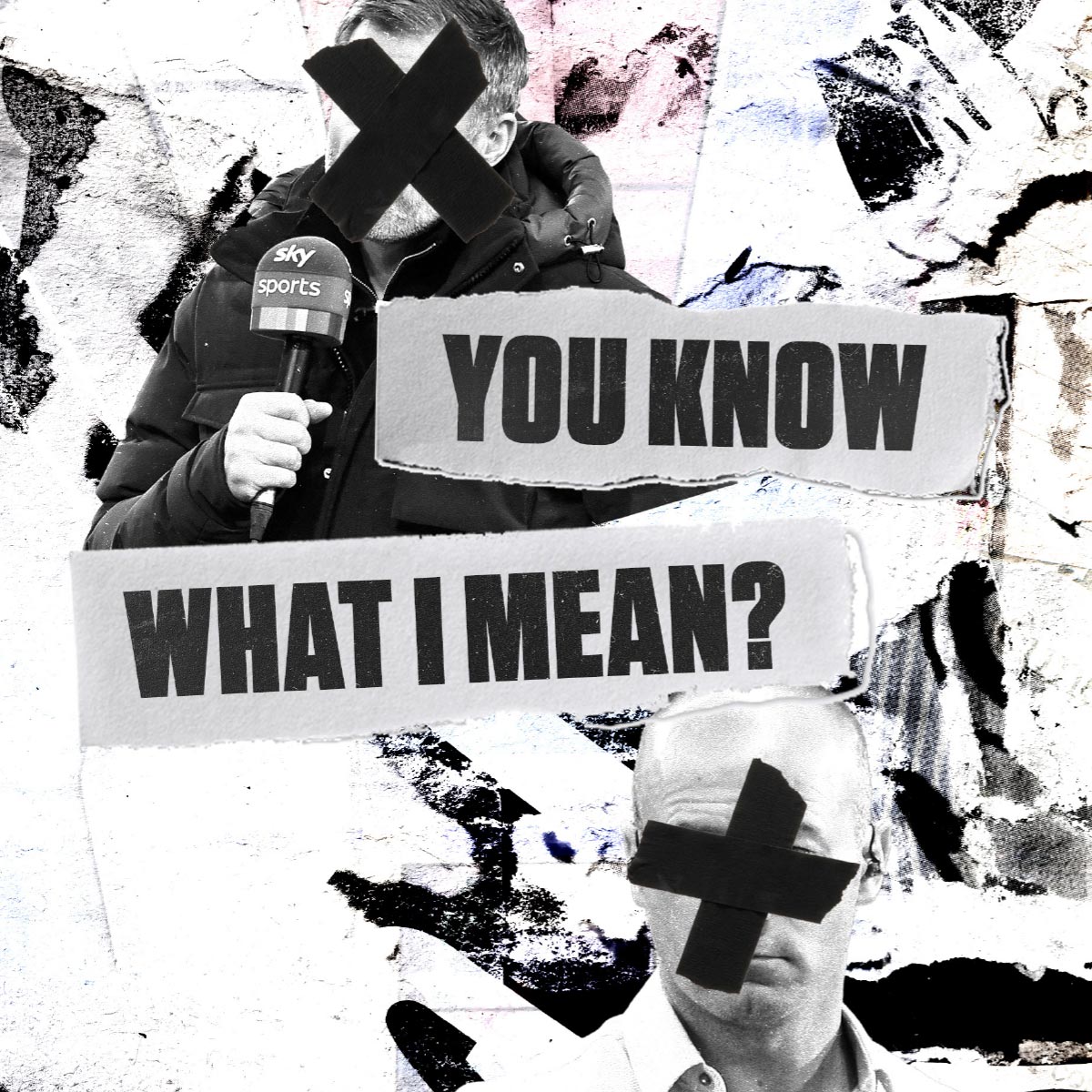 ‘Fans aren’t going to like that. It’s embarrassing to watch at times’

Hey, I get it. I like it. Don’t get me wrong. We all want to see football like that. Players flying forward, committing bodies up the field, trying to play positively and on the front foot. It’s amazing. It’s why we love the game. But you’ve got to be realistic.

You know? That’s all well and good for a video game, but sometimes you’ve got to knuckle down, sit back and let the other team take control. Let them dictate the play. You just sit and wait, praying they don’t break you down. Then hopefully, maybe, just maybe, you might nick something. A scrappy header, a deflected shot, and you clear out of there with a point. That’s how football goes, you know? You’ve got to accept the other team are better than you most of the time. We’d all love to see our team playing all out every week, but you’re going to be punished nine times out of ten.

I know they’ve won eight times, but how many times have they lost? Nine? You see, it’s clearly not working for them. Nine losses? That’s criminal, that. Can’t be losing more games than you’ve won and stay in this league, I’m afraid.

And besides, it’s the way they’re losing, you know what I mean? Conceding three goals, four goals. Fans aren’t going to like that. It’s embarrassing to watch at times. You see, having played myself, which I reckon gives me that, whaddyacallit, insight, yeah. See, if you push too many men up the field, you’re left with fewer at the back, you know what I mean? Then, if the other team get the ball off you, they’ve got a chance to counter attack, and you can’t have that. It’s dangerous. You end up in situations where they’ve got five men and you’ve got three, and you’re all over the shop. Then it’s just a case of a pass across the box and all of a sudden there’s a chance to stick it in. Like Newcastle a few weeks back, you know? I forget who they were playing, but they left themselves exposed. Leeds are doing that every week. Every. Bloody. Week. I mean, it’s all well and good trying to score goals, trying to out-play the opposition, trying to prove you can better them at the purest form of the sport. But the fans are going to prefer seeing some sensible, level-headed play at the back first and foremost.

I know they’ve kept six clean sheets, that’s common knowledge, but what about the times they haven’t? Those are the ones I’m talking about.

They’ve won two of those as well? Then maybe they could have got a few more draws if they’d been more realistic. Very valuable, draws are.

I mean, look, I know I’m apparently not supposed to criticise the bloke, because he’s some sort of genius or something, but do you think he really gets this league? Does he understand how it works? For me, I don’t know if I see it. I mean, he’s changing his team all the time, playing players out of position. The keeper’s basically a kid.

‘I think if I’m a fan I’m asking, is he taking this seriously enough?’

I just wonder, and I think if I’m a fan I’m asking, is he taking this seriously enough? Or does he think he can keep Leeds up experimenting with things like that? I get Liverpool doing it, with Van Dijk out and all the other issues they’ve had, so you can cut them some slack for losing a few recently. They’ll bounce back once they’re at full strength.

I know Leeds have had injuries as well. Like, who was it you said? Koch? Llorente? Cooper? And where do they play?

What, all of them?

Well obviously they should have bought some more defenders in the summer. Two of them were the signings? Right, so he’s been doing all this with most of his defence missing and no senior left-back? And a twenty-year-old keeper?

Then that’s all the more reason to play a bit more sensibly, you know what I mean?

Anyway, at the end of the day, this all comes down to what the supporters are going to say, right? Football’s a results business, and we’ve seen plenty of dreamers over the years that have been shown the door because the fans get sick of losing week in week out.

Leeds fans are a demanding bunch, and they won’t put up with this swashbuckling, exciting approach if the results aren’t there to make it worthwhile. You know, people might not respect your Sam Allardyces and your Sean Dyches as much as Bielsa, maybe because they’re a bit too ‘normal’ if you get what I mean, and yet clubs go back to them time after time when their backs are up against the wall. And why? Because they get results. Simple as that. How many teams have they kept up over the years? How many times have we seen them go to places like the Etihad and the Emirates and come away with something? How long is it really going to be before those Leeds fans are looking at West Brom, Burnley, Sheffield United — those teams that are just impossible to beat — and starting to think, ‘maybe we need a page out of their book?’

Because if you ask me, the Bielsa hype’s going to run out sooner than we all think. I mean, let’s be honest, they were only promoted ‘cos of Covid.

You know what I mean? ◉