The Pied Piper of Leeds 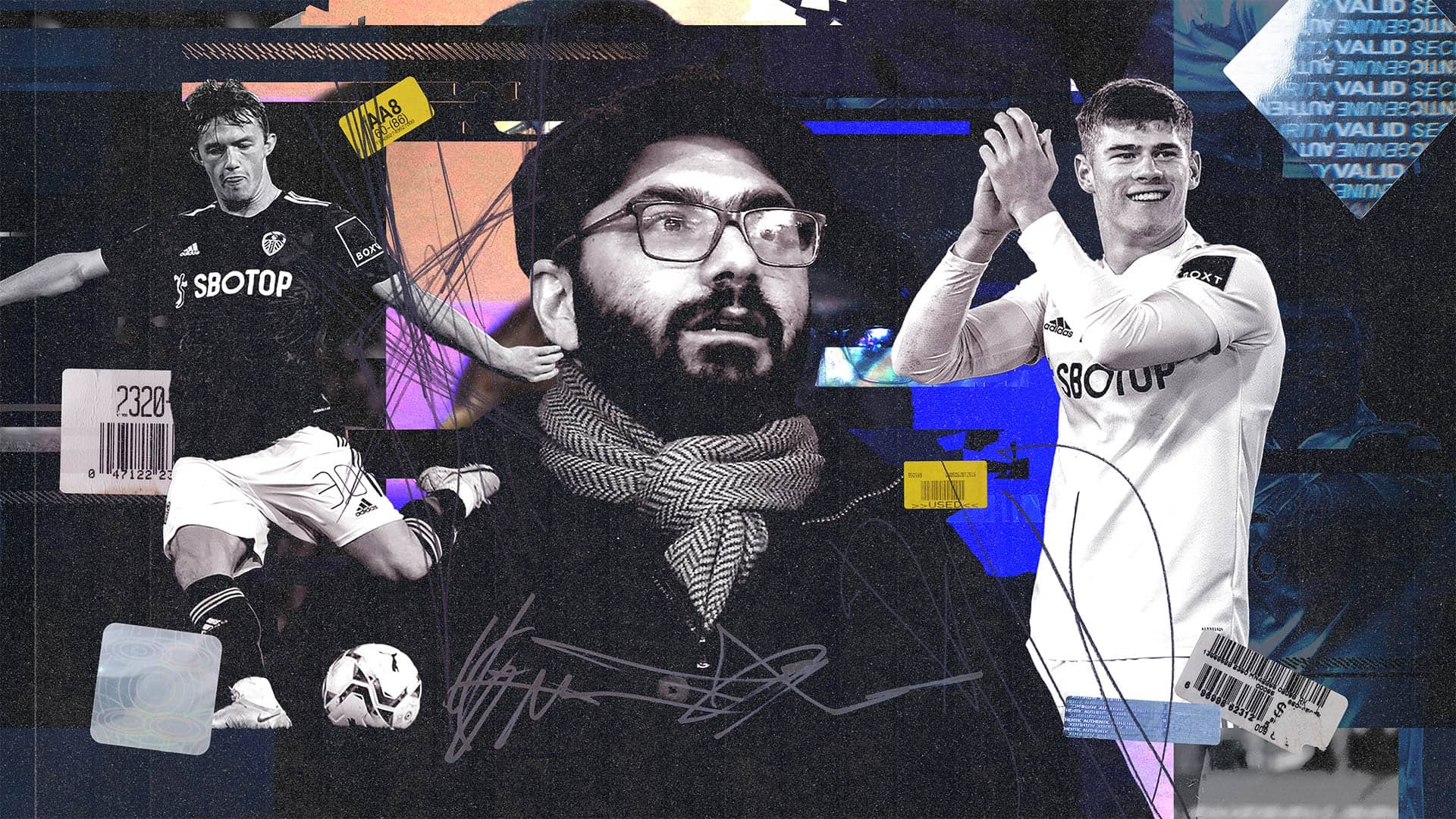 During those sixteen long years away from the Premier League, I remember lamenting how many brilliant youth players were being stockpiled at the richest clubs, academies becoming like the warehouse at the end of Raiders of the Lost Ark. While Leeds were struggling to field players better than Luke Varney, the lion’s share of young domestic talent was sitting on the roster of six big clubs. Many were not even playing.

This was frustrating on two fronts. How were the England national team ever going to dominate world football if our brightest prospects weren’t playing competitively? And how could Leeds hope to climb the ladder again if our brightest young talents were continually poached by clubs with deep pockets and little desire to help them develop?

Then we became a Premier League club, and realised the necessity (and appeal) of playing this game. It’s gambling, and the prizes can be huge. If you start buying the brightest young players from the footballing pyramid for up to £1m, there’s a chance one of those will eventually be a Jack Grealish. Or even better, a Joe Gelhardt. Grealish costs £100m on today’s market, and for Joffy, perhaps, you can triple that.

For every Lewis Baker, drizzled with media promise yet condemned to unsatisfying loan spells, there’s a John Stones. Even the richest clubs can’t afford to buy every player they want, they have to invest in youth and gamble on some players developing into prized assets. We know this all too well with Kalvin. Where would we be, even under Bielsa, without him? Spurs have this with Harry Kane. Chelsea with Mason Mount and Reece James, and so on.

Now Leeds United are a Premier League club, we need to play this game a whole lot more.

We’ve always had a fabulous academy, and I won’t repeat the lovely list of players who have come through the system. But given our limited finances, we’re clearly focusing on measured gambles in the youth market to eventually pay off. Yesterday’s announcement of eighteen-year-old forward Mateo Joseph Fernandez joining the club met with a predictably mixed reception as fans cried out for signings with immediate relevance.

Many social media accounts elected to use this as an opportunity to voice their concerns about the lack of depth in the first team, as if these two transfer policies are intrinsically linked. ‘We need a midfielder,’ came their cries, as if Victor Orta was not acutely aware of where the squad lacks depth. I’m sure depth will be addressed if the right player is available. But signing Fernandez indicates a desire to help squad depth by promoting Joffy more permanently to first-team duties, behind Bamford. That, or we’re heavily committing to reviving the Pablo Hernandez chant and ‘Fernandez’ fits just as well. Perhaps Orta is now looking for a youth player whose name rhymes with ‘Casilla’.

The problem is Leeds now risk becoming the very thing we complained about only a few short years ago, a Premier League club stockpiling players with potential in the hope they become valuable to us later. This is mainly because we can’t afford to buy established players in the current market (unless we make big calls like selling Rodrigo and reinvesting the money). It’s not a terrible approach; I think most fans can see that young Mister Gelhardt will be quickly worth magnitudes more than the £1m he cost us, in the same way Illan Meslier is worth far more than £5m now. Crysencio Summerville looks decent in his brief cameos too.

Yet I do start to wonder whether highly rated prospects like Sam Greenwood and Charlie Cresswell are better off in Leeds’ academy, or whether they’ll be loaned out and unable to participate in the remainder of Leeds’ campaign. Ian Poveda was making appearances from the bench before being loaned to Blackburn (where he was only allowed one good week before breaking his leg). What about Ryan Edmondson? A fairly prolific scorer in the development squad but doomed to loan moves with little sign of breaking into Leeds’ first team. At what point are we hanging on to him beyond what’s necessary?

I also wonder whether Leeds actually needed a player like Fernandez to come in, with Max Dean, Greenwood and Gelhardt all theoretically vying for time in the U23s (when Bamford returns to fitness for the grown-ups, that is). Edmondson has just gone out on loan again, so clearly there’s acknowledgement of limited space in Leeds’ development squad. Is Fernandez necessary? At what point are we stockpiling like Chelsea or Manchester City? Where is the line?

We need to recruit top youth talent because we can’t afford top established talent. Maybe that’s the point. Chelsea, Manchester City, Scum et al are still spending £75m on individuals for the first team as well as trawling the Football League for prospects to fill their academies — they can afford to do both, never mind what’s best for the players. Meanwhile we’re still backfilling our academy as a means of addressing an eventual need for replacements in our aging squad. But what happens when we start overloading individual positions? When the days come that we have seven exciting young centre-backs, you’ll know we’ve succumbed to behaviour that seems to be inseparable from Premier League status. ⬢