We Asked Angus Kinnear: Have Leeds Signed Anyone Yet? Why Not? How About Now? Or Now? 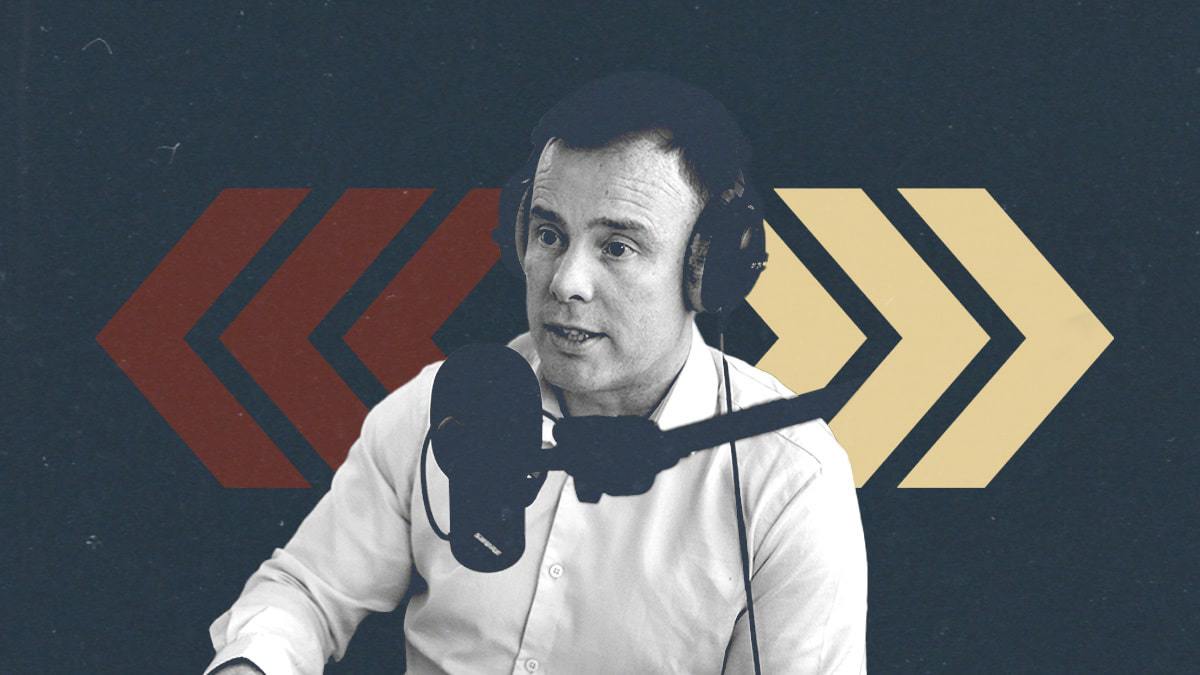 You can read about stadium plans and what returning to Elland Road will be like here, or you can listen to the whole thing by searching for ‘The Square Ball’ in a podcast app or using the player below.

Want to listen to all our podcasts ad-free? Check out TSB+ for details of this and loads more benefits.

“If I was going to bet on that,” Kinnear said, “I would suggest that there’ll be little movement between now and the end of the season. But if you’d have asked me at the same time last season, I’d have said there wouldn’t have been any movement, and then we brought in Raphinha. So it can change, and the strategy is very much to be ready, but it has to be an exceptional opportunity. It has to be a player that really moves the team forward.”

As ever, Victor Orta has done his usual work with Marcelo Bielsa to identify targets, but with the market quiet it’s a case of waiting for something, somewhere to shift and get things moving. Manchester City spending an awful lot of money on Jack Grealish might help, even if a big part of the problem stems from clubs below Leeds, not above them, struggling for funds.

“I think some of the deals which are happening at the top level will create liquidity in the market to an extent. We’ve seen that already with Jack Grealish, and that’s cascaded down with Ings and Buendia. I wouldn’t be surprised to see Norwich and Southampton reinvesting that money, so I think there’ll be some movement. But generally we expected it to be slow. Teams are nursing losses in the tens of millions from Covid, so no one’s prepared to take big gambles on mediocre players.”

Mediocre players like Arsenal’s Joe Willock and Eddie Nketiah, who are both available for £20m plus (more than Leeds paid for internationals Robin Koch and Diego Llorente, not to mention the magnificence of Raphinha) despite having fewer than thirty Premier League starts to each of their names. That’s why Leeds have once more been busiest with their Under-23s recruitment, trying to identify talents like Lewis Bate “before those prices go stratospheric”.

“That’s the challenge. And that’s why we believe you can work in advance of that. Marcelo spends so much time with the Under-23s. Mark Jackson does a great job, but Marcelo is working hand in hand with him. A player like Lewis Bate could have chosen most clubs in the country to join, but he wanted to work under Marcelo because he was ambitious and wanted to develop as a player.

“So I think we can work at the level before they get to twenty, [rather than] buying English players at £20m-25m who still haven’t properly delivered in the Premier League. Nketiah, Willock, both are fantastic talents, but they are big bets to put on players to deliver immediately in the Premier League. And we think the level just before that is probably the optimal time to approach them.”

As we’ve already seen with Nketiah, loaning these types of players from the Super League Six can be problematic too, as their parent clubs insist their youngsters be guaranteed the first team football they’re refusing to give them. Hence why Leeds could buy Bate from Chelsea but not loan Connor Gallagher, who instead joined Crystal Palace.

“Gallagher was [a target], but as part of a long list, so it was not critical to the plans. He’s a player that our scouting team thought had potential. One of the challenges we have is that you have to be guaranteeing a loan player first team football at that level. When we look at our loan strategies, it’s going to be very difficult to look at who in the team is going to be shifted out of their position by a loan player. That’s why I don’t think you’ll see much loan activity this season.

Is Huddersfield Town’s heavily-Leeds-linked Lewis O’Brien up for the battle?

“His name has been on the scouting reports, but there’s no movement on that at the moment.”

At the moment? Gotcha; that’s the clickbait headline sorted. What about Matheus Cunha? Or Nahitan Nandez?

“The reality is that the names that we get linked with in the press all feature on the scout reports because they’re players of exceptional calibre. But to date, there has been nobody that we have pursued with any firm intent and meaningfully missed out on.”

So Leeds are keeping an eye on plenty of names, but even when they think they’ve spotted an opportunity to sign a good player for decent value, convincing Bielsa it’s the right move can be the hardest part of the job. And ending up not buying any is the hardest part for fans to understand.

“I understand the frustration,” says Kinnear. “I understand the narrative that signing players is exciting. And, you know, we get excited by it, too. But, driven by Marcelo and Victor, there is a bigger picture. Marcelo doesn’t want to buy players which destabilise the club. He doesn’t want to buy players who aren’t going to fit in, who are going to damage the ethos.

“But I can categorically say, and I’ve read it a few times, that the transfer window to date and going forward hasn’t been shaped or influenced by financial limitations. We have fantastic backing from Andrea, fantastic backing from the 49ers, the club’s performing very well commercially. And we’re in a healthy position. But sometimes being selective and discerning is the right decision. And filling the squad with people who aren’t up to the level or aren’t going to fit with the current squad is really counterproductive.”

As well as recruitment, Leeds are also working on player retention, trimming some fat by letting younger players signed as Championship prospects fulfil their potential elsewhere now the club has progressed beyond that point, while tying down key first team players to longer contracts, more of which should be announced in the next few days. City’s purchase of Grealish, despite Villa insisting they didn’t need to sell, is a warning. After all, if Grealish is in demand after a few cameos at the Euro, then Kalvin Phillips is definitely attracting admirers. He isn’t the only one.

“This summer we’ve received a number of firm expressions of interest and some offers for players that would be perceived as our marquee talent,” says Kinnear. “And we’ve received offers for, or interest in, players at the level below that. But even the level below that is in the tens of millions for some of the players. None of them have been entertained. No discussions have taken place, no negotiations have taken place.

“The first objective for this season, in the transfer window, was holding the team together. And I know clubs never get any credit for that. But Illan, Kalvin, Patrick, Stuart Dallas, all the players right at the core of what we’ve done, they’re not for sale. We’ve made it very clear to the market that they’re not for sale. And I think that’s going to be the core of our success next season, that we’ve resisted any of those types of offers.

“But the reality is, and this was proven at Aston Villa — hugely ambitious club, really well run, really well backed, but ultimately the lure of the Champions League and to play for a team which is going to win trophies turns the players. I know from Christian [Purslow], the chief exec of Aston Villa, they didn’t have to sell Grealish, even at that value. They wanted to keep him.

“But when the player ultimately wants to go, then you have a problem. So our job, which I think Marcelo and Victor and Andrea are fantastic at, is making sure all the players feel wanted and valued and that they can grow at Leeds United.

“[Phillips] is a long term pillar for the club. We’ll work with Kalvin’s representatives to make sure he feels valued and motivated and wants to be at Leeds United. But at the moment, he’s got three years on his contract and it’s a healthy contract. We don’t have to rush into any of these things, but we will defend our interest in our players very vigorously in the marketplace.”

Hang on a minute, did he say someone tried to sign Stuart Dallas? Well, it’s good to know who Pep Guardiola wanted before making do with Grealish.

To hear the rest of the interview, listen to the full TSB Podcast episode with Angus by finding ‘The Square Ball’ in a podcast app, or using the player below.

Want to listen to all our podcasts ad-free? Check out TSB+ for details of this and loads more benefits.