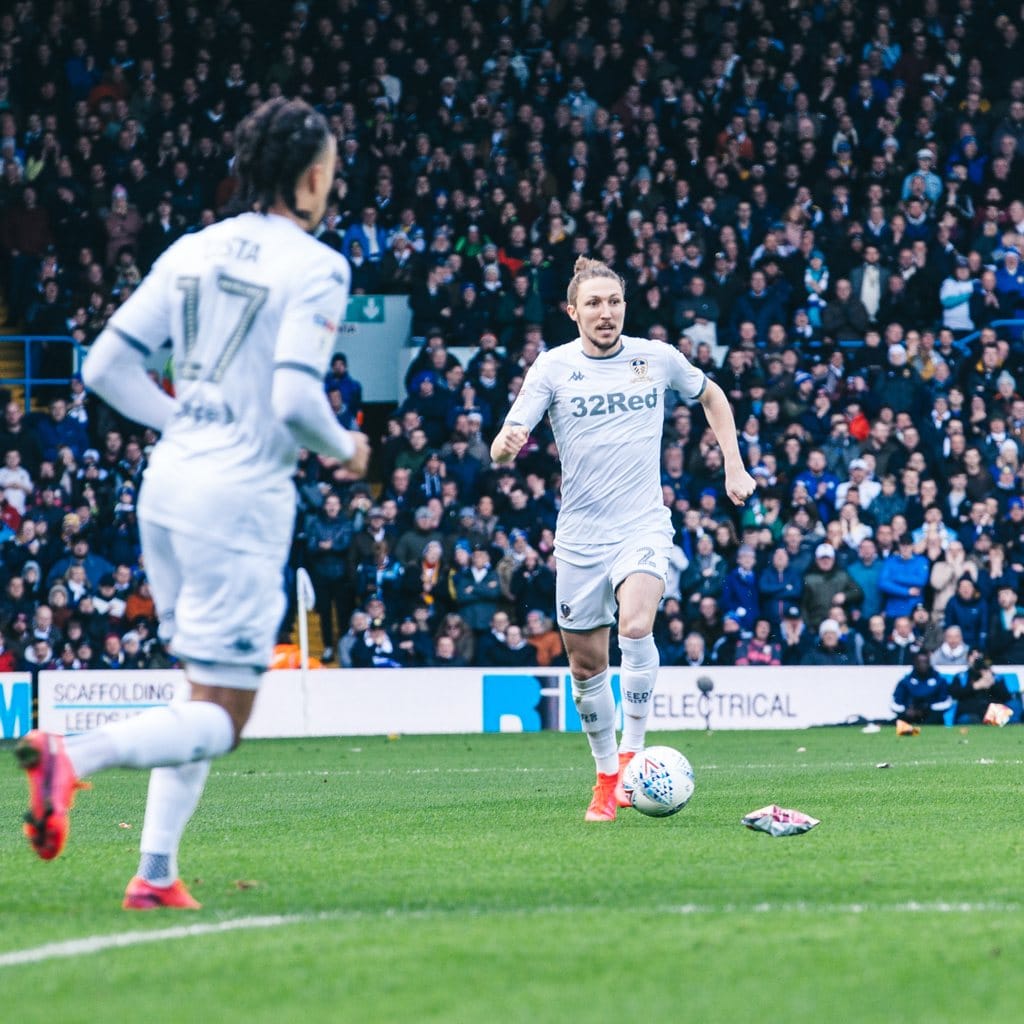 Luke Ayling started his run down the right wing to set up the winning goal here in June 2018, when Marcelo Bielsa arrived to coach Leeds United.

Ayling once joked that he’d be glad to let Stuart Dallas play right wing-back while he settled into more sedate duty at centre-back. We’ve heard now and then about United’s running stats but the club keep the evidence of those GPS vests to themselves, lest the calculations we could do break every abacus in the EFL.

Long distance running at top speed in the final moments of a game played at high intensity on a warm summer afternoon at the end of a season extended by an unprecedented and strength-sapping break is something other teams can’t do. André Ayew played for Bielsa at Marseille and when he was kicking water bottles around at full-time it was because he knew everything about that winner. From there it was a short walk to Swansea’s changing rooms and manager Steve Cooper’s debrief. Perhaps Ayew snuck into Bielsa’s just to feel once more what it’s like.

It’s been a long journey to this point for Leeds United but they haven’t dropped the pace never ever in the last two seasons. Leeds fans won’t watch the play-off defeat to Derby County again but that game was exhausting because it was like this one, still there to win in the last minute. Their relentlessness didn’t help Leeds that night. It helped in Swansea that they’re still relentless more than twelve months later.

Pablo Hernandez helped too by not allowing the deflection on Ayling’s cut-back to stop him, stepping like a military parade, warding off defenders and trapping the ball while he decided how to score. A low shot off the post, it turned out, after a deep meditative breath and a piff paff poof of magic.

But rewind a few moments to Kalvin Phillips, passing through Illan Meslier’s shadow to give Ayling possession where Leeds could do something with it, i.e. in a space in their own penalty area. And don’t dismiss any part of what followed just because United’s players were doing the right things. Recognise the achievement in Mateusz Klich’s movement to become the link between full-back and winger, that Helder Costa used the threat of the ball at his feet to make space for Ayling to run into, followed by a pass. That was when panic set in for Swansea, at long last, a full-back on their byline as six United attackers closed in.

Until then Swansea were stern against United’s constant failure in their half, although failure is not the fair word. Leeds failed like pole-vaulters trying to break their own world record, pirouetting beyond the reach of humdrum humans but crashing to the mat beneath the pole bruising their shins. Sport doesn’t encourage glamour in failure and their own high bar condemned United; their best chance came when Jackie Harrison squared a long pass from Hernandez but Pat Bamford headed too close to the goalkeeper. But every time they were defeated outside the box they tried again because they only had to land it once.

That was with thanks to the meanest defence in the Championship. Swansea were able to harass Leeds into mistakes by filling their own half with combative midfielders and defenders because Ayew and Rhian Brewster could stretch attacks. They weren’t given the chance. If Liam Cooper has been feeling extra responsibility in the number six shirt since Norman Hunter died, this weekend was Ben White’s turn to honour Jackie Charlton’s memory by living up to shirt number five.

It feels obtuse to look at Jack Charlton’s playing career and think he could have done more than winning the Second Division, the First Division, the FA Cup, the League Cup, the Fairs Cup twice, the World Cup. But he was 29 years old when Leeds arrived in Division One under Don Revie, a month short of 30 when he won his first England cap.

Charlton’s teenage debut in the final match of 1952/53 was manager Major Frank Buckley’s last gift to the club before making good on his promise to resign, because Third Division Walsall were offering him more ambition than Second Division Leeds. Then Charlton was on his own, taking coaching courses and teaching himself the game, while around him the stadium burned down and the players bunked off from training runs to eat ice creams while Leeds United slid down the league table. By the time Billy Bremner, a seventeen-year-old with a handful of appearances, was wondering why there was no pre-match meal organised before a vital game at Blackburn, it was already 1960, and Big Jack was feeling woefully short of kindred spirits.

We might wonder what might have been for Cooper, Ayling, Klich and Dallas if they’d met Marcelo Bielsa ten years earlier, or if Jack Charlton had sooner met Don Revie. But without the wilderness years of frustration, would he have seized upon his opportunities with the same determination? In an era when players were over the hill at 30, Charlton played at the top of the First Division and in Europe until he was almost 38. He’d damn well earned his years at the top, and he knew he owed it to Revie and himself to make the most of every minute.

Ben White does not have to wait until he’s 29. And when hanging his five shirt on the peg after another faultless afternoon at work, he should think about how fortunate he is to be here now, and how much he can make from what he’s been given this season. He has a seven year headstart on Jackie Charlton, and it’s not only thanks to Bielsa.

It’s White’s good fortune to have been included in a team with Cooper, Ayling, Klich, Dallas and Hernandez, a team that hasn’t stopped running since summer 2018, that is going to keep running for as long as this season takes however much it takes out of them. A team encouraging White to lead them.

From the moment a footballer steps onto a pitch, it’s only a matter of time until the game ends, until a career is over. Luke Ayling runs because he is chasing something and because time is chasing him. Running at his speed, one minute to full-time is plenty of time. There are three games of this season to go. Leeds United have been waiting for promotion to the Premier League for sixteen years. Now they have all the time they need. ◉